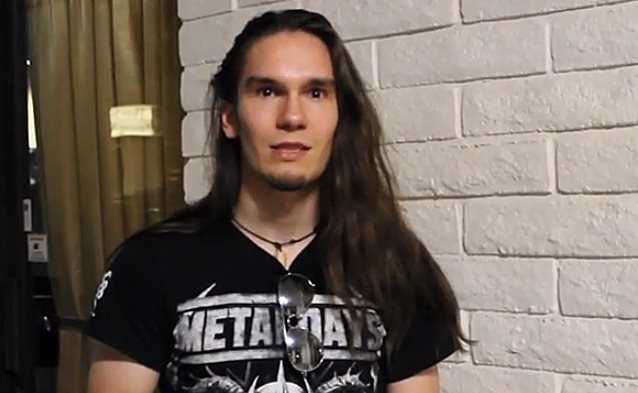 The Age Of Metal conducted an interview with guitarist Teemu Mäntysaari of Finnish epic metallers WINTERSUN on August 29 in Phoenix, Arizona. You can now watch the chat below.

Prior to embarking on the current trek, WINTERSUN said in a statement: "We're thrilled to return to North America for a full-scale headliner tour in August and September! It will be our first longer own headlining tour ever and this time, without any setlist length limitations, we'll be able to offer the North American crowds a special show — representing both the 'Wintersun' and 'Time I' albums. There might also be some surprises in the setlist as well... We are really looking forward to sharing the live magic with YOU, all the fans out there!" 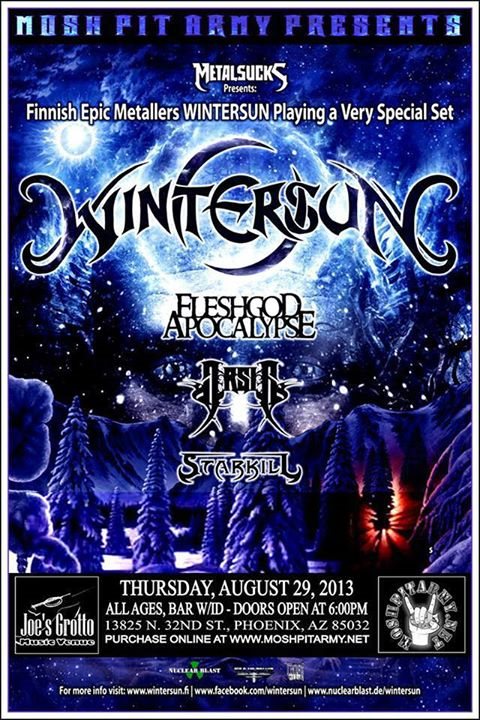