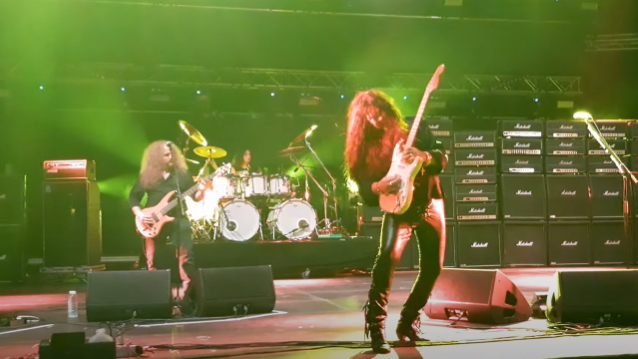 Fan-filmed video footage of Yngwie Malmsteen performing a cover version of DEEP PURPLE's "Smoke On The Water" on June 26 at the Arsenal Fest in Kragujevac, Serbia can be seen below.

Yngwie's studio recording of "Smoke On The Water" was featured on his 2019 album "Blue Lightning", which paid homage to those from the blues world who have fueled his artistic spirit for so long.

Malmsteen told Classic Rock magazine about his decision to cover "Smoke On The Water": "I called this 'Rauch Auf Dem Wasser' throughout the sessions. What can I say? It's just something I wanted to do. I've been doing it live for a long time.

"The first album I ever had was DEEP PURPLE's 'Fireball', when I was just eight years old. By the time I was ten, I could play 'Made In Japan' inside out, upside fucking down. Every single note. And this resulted in me becoming a fan of 'Selling England By The Pound' by GENESIS, and then EMERSON LAKE AND PALMER, then classical — Vivaldi, Bach — and eventually Paganini. I said, 'Enough of the pentatonic blues stuff. I'm going in this direction!'"

Two years ago, Yngwie stated about DEEP PURPLE guitarist Ritchie Blackmore: "When I was eight years old, the only guitar player I knew was Ritchie Blackmore. I thought he was extremely good and I still think he's good. I disagree with the idea he was the first to bring classical ideas to guitar; that's a large misconception. He's a blues guitar player. 'Made In Japan' is a blues album — let's not be confused about this. It's all pentatonic blues — extremely good pentatonic blues, to be fair. 'In Rock' is a fuckin' incredible… his playing was really good on that.

"As for classical, my introduction came from GENESIS's 'Selling England For The Pound'… that's what brought all the harmonic minors, inverted or suspended or diminished chords and pedal notes to my ears. I thought that album was great. Then I listened to my mom's Bach and Beethoven records. But when I heard Paganini, everything else meant nothing to me anymore."

Yngwie's new album, "Parabellum", will be released on July 23 via Music Theories Recordings/Mascot Label Group. Only four of the songs on the LP feature vocals. The album title is Latin, translating as "Prepare For War". 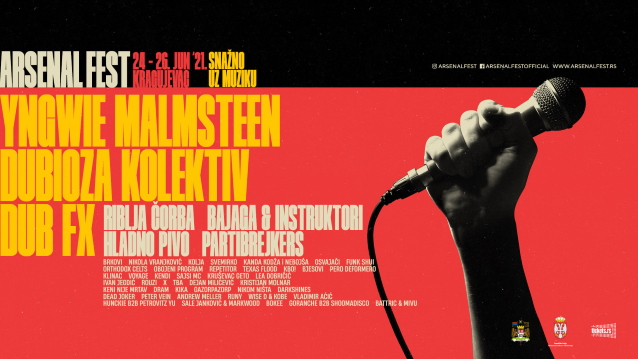