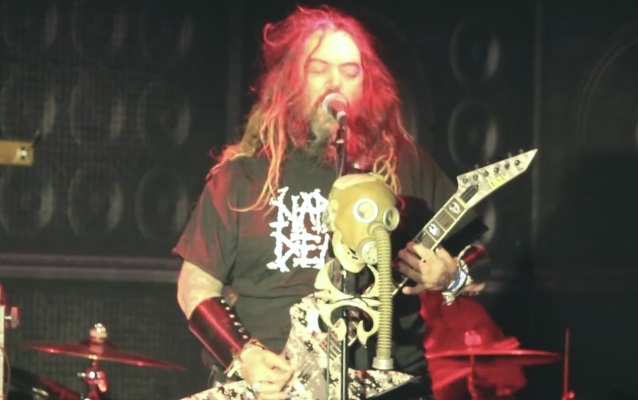 On February 25, SOULFLY played at the Hard Rock Hotel & Casino Lake Tahoe in Stateline, Nevada as part of the band's "Point Blank With Soulfly" tour, during which SOULFLY is performing NAILBOMB's lone studio album, 1994's "Point Blank", in in its entirety. Video footage of the concert can be seen below (courtesy of Capital Chaos TV).

"Point Blank" has been described as "a sonic love child" of SOULFLY frontman Max Cavalera and FUDGE TUNNEL's Alex Newport.

When "Point Blank" was released, NAILBOMB only played one show at the 1995 Dynamo Open Air festival in the Netherlands, a recording of which was released as "Proud To Commit Commercial Suicide" that same year.

In an interview with The Bulletin, Cavalera called "Point Blank" a "cult record" and "a very special record." He said: "A lot of fans really like it and always wanted me to do another NAILBOMB album and all that. Unfortunately, that's not gonna happen, but we do get to play this live. I think we get a lot of fans that like — they're pretty much SOULFLY fans, CAVALERA [CONSPIRACY] fans and fans of my stuff in general. But yeah, sometimes, you get somebody that didn't know about NAILBOMB, and discover it and love it and really, really thought it was cool. Because it is kind of a strange record — it was me and Alex's take on industrial metal."

SOULFLY recently put the finishing touches on its new album for a tentative summer release via Nuclear Blast. The follow-up to 2015's "Archangel" was recorded with producer Josh Wilbur, who has previously worked with LAMB OF GOD, GOJIRA and ALL THAT REMAINS, among others. 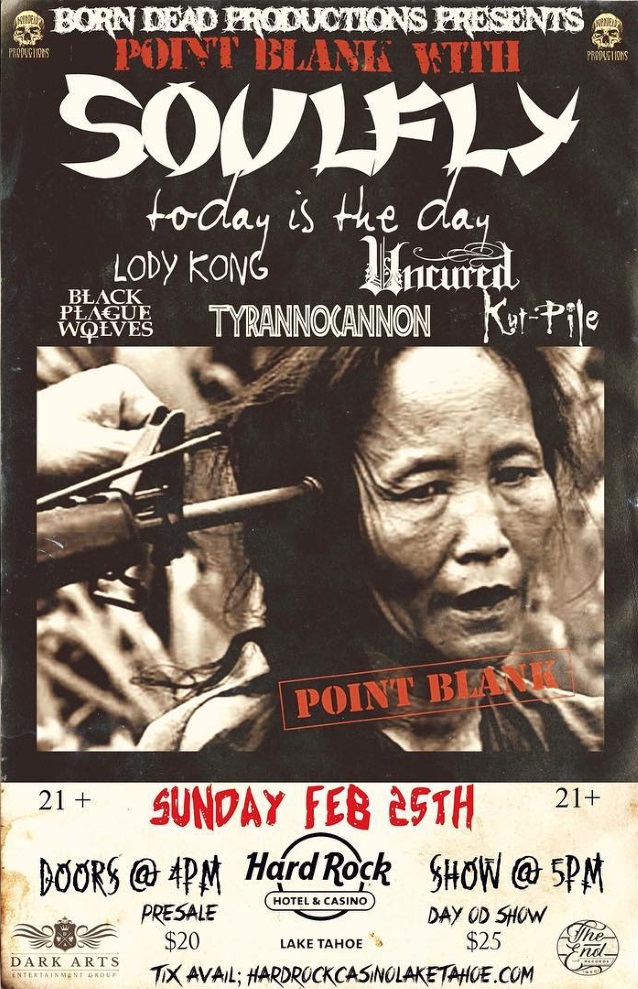