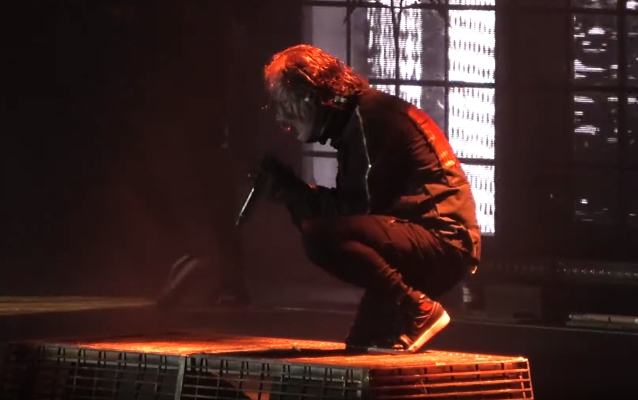 Fan-filmed video footage of SLIPKNOT's June 25 concert at the Mystic Festival at Tauron Arena in Kraków, Poland can be seen below.

SLIPKNOT's European tour will run through a July 5 appearance at the Resurrection Fest in Spain. It will be followed by the "Knotfest Roadshow" headline tour of North America. VOLBEAT, GOJIRA and BEHEMOTH will join as special guests on all dates. Produced by Live Nation, the 29-city outing will kick off July 26 in Mountain View, California at Shoreline Amphitheater and continue through September 8 where it will conclude with a performance at Cynthia Woods Mitchell Pavilion in The Woodlands, Texas.

SLIPKNOT's sixth album, "We Are Not Your Kind", will be released on August 9 via Roadrunner. The disc was once again recorded at a Los Angeles studio with producer Greg Fidelman, who engineered and mixed SLIPKNOT's 2004 album "Vol. 3: (The Subliminal Verses)" and helmed 2014's ".5: The Gray Chapter". 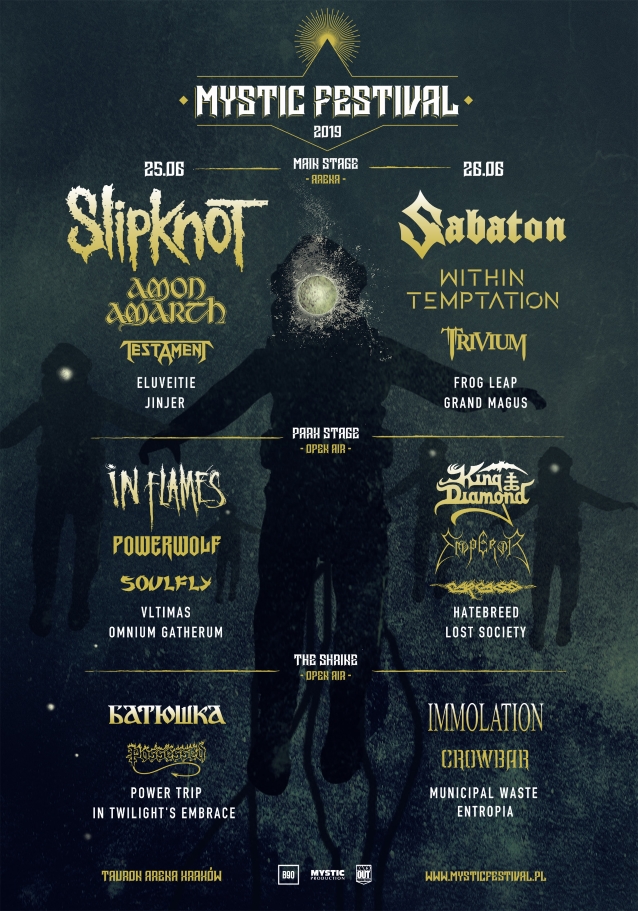