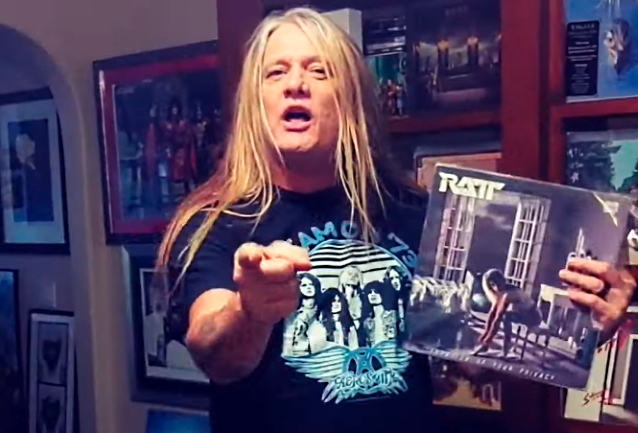 Sebastian Bach has uploaded a video of him singing along to the RATT song "Sweet Cheater", which originally appeared on the band's self-titled 1983 EP.

In a statement accompanying the YouTube release of the video, the former SKID ROW frontman wrote: "literally bouncing off the walls of my house let's put on some ratt n' roll and rock out man thank you Steven Pearcy Warren Demartini Bobby 'The Blotz' Blotzer Juan Croucier Rock in Peace Robbin "The King" Crosby".

This past July, Bach told Stephen Pearcy to "stop embarrassing" himself after the RATT singer came under fire for implying Americans should refrain from wearing a cloth face mask or covering in public even though it protects against the coronavirus.

Bach has spent the last few months demoing material for his next studio album. The LP is expected to include guest appearances and songwriting contributions from Orianthi, John 5, Steve Stevens, Devin Bronson, Brent Woods, Eli Santana and Jeremy Colson.

Bach hasn't released a full-length disc since "Give 'Em Hell", which came out in 2014.