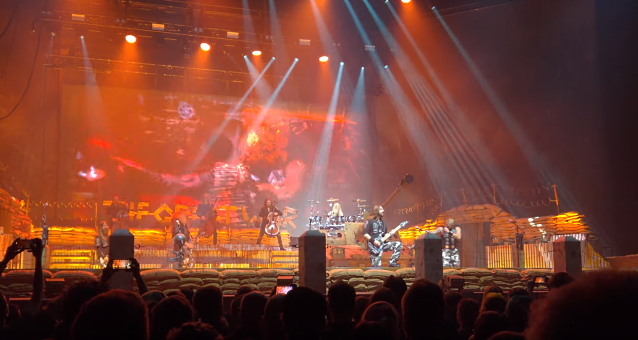 Swedish metallers SABATON were joined on stage by the Finnish cello rock band APOCALYPTICA at this past Saturday's (November 23) concert in Helsinki. Together, they performed several newly arranged songs, including "Angels Calling", which was released as a single last week. Check out fan-filmed video footage below.

"Angels Calling" was released on YouTube and will be available on all major platforms on January 17.

SABATON and APOCALYPTICA will join forces for "The Great Tour" in January 2020. The European trek, which will feature additional support from AMARANTHE, will kick off on January 17 in Zürich, Switzerland and will run through February 17 in Oslo, Norway.