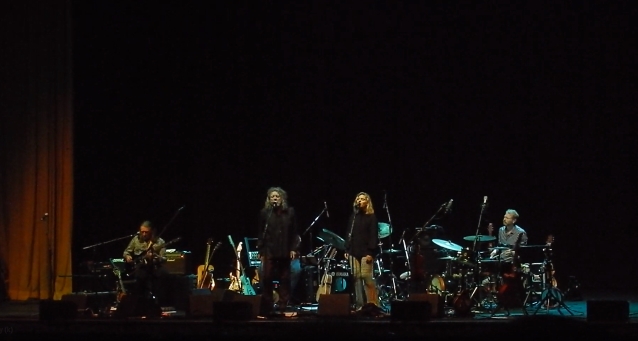 Robert Plant's new band SAVING GRACE played two shows last week as the support act for FAIRPORT CONVENTION. The gigs took place on February 14 at The Anvil in Basingstoke and on February 16 at The Forum in Bath. Another concert is scheduled for February 22 and The Alban Arena in St Albans.

SAVING GRACE — which includes Plant on lead vocals and harmonica, Suzi Dian on vocals, Tony Kelsey playing the mandolin, baritone and acoustic guitars, Matt Worley playing the banjo, acoustic and baritone guitars and cuatro and Oli Jefferson on percussion — made its live debut on January 25 at the SpArC Theatre in Shropshire.

SAVING GRACE's music has been described on social media as "inspired by the dreamscape of the Welsh Marches" and "from a whisper to a scream."

There is another band called SAVING GRACE — a Christian metal act from New Zealand.