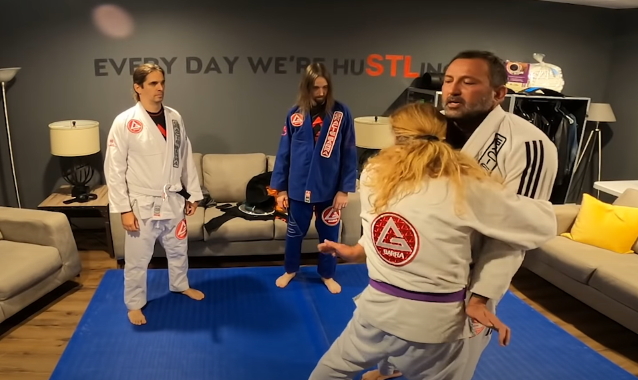 MEGADETH guitarist Kiko Loureiro has uploaded behind-the-scenes footage from the band's last show of 2021, which took place on September 28 at The Armory in Minneapolis, Minneapolis as part of "The Metal Tour Of The Year" with LAMB OF GOD, TRIVIUM and HATEBREED. The seven-minute clip includes footage of Loureiro and fellow MEGADETH members Dave Mustaine and Dirk Verbeuren training with Professor Reggie Almeida of Spring Hill, Tennessee's Gracie Barra Brazilian jiu-jitsu school, who apparently traveled with MEGADETH on the entire tour.

In January 2021, Almeida promoted Mustaine to a purple belt in jiu-jitsu almost two years after the MEGADETH leader earned the first stripe on his blue belt.