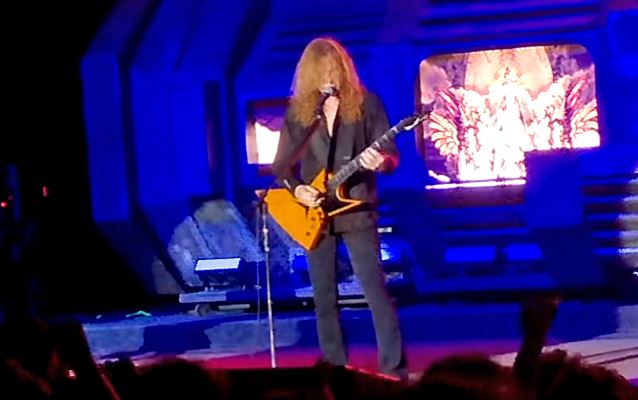 Fan-filmed video footage of MEGADETH's entire July 13 concert at Arenele Romane in Bucharest, Romania can be seen below.

MEGADETH fall 2016 North American leg of the "Dystopia" world tour kicks off in Casper, Wyoming on September 20 and takes them across the U.S., visiting 16 states with special guests AMON AMARTH, SUICIDAL TENDENCIES, METAL CHURCH and HAVOK.

MEGADETH recently announced the addition of Dirk Verbeuren as the band's new drummer. Verbeuren, formerly of Swedish metal band SOILWORK, has been performing with the band for months; his first show was Rock On The Range festival in May, to a crowd of 40,000 concertgoers.

Most recently, LAMB OF GOD drummer Chris Adler had performed all the drums on the band's latest album, "Dystopia", and had toured with MEGADETH when not otherwise busy with his band.

MEGADETH canceled the last two shows on its European tour earlier in the month after bassist David Ellefson fractured his foot before a scheduled concert in Hungary. 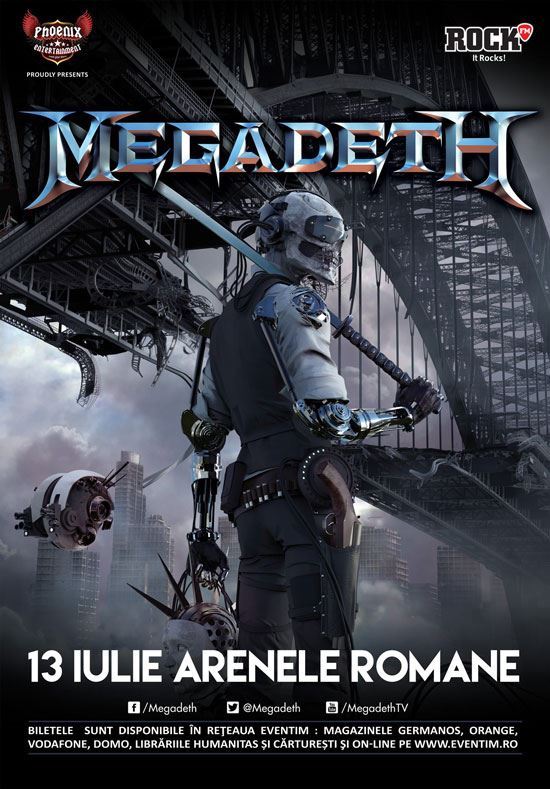