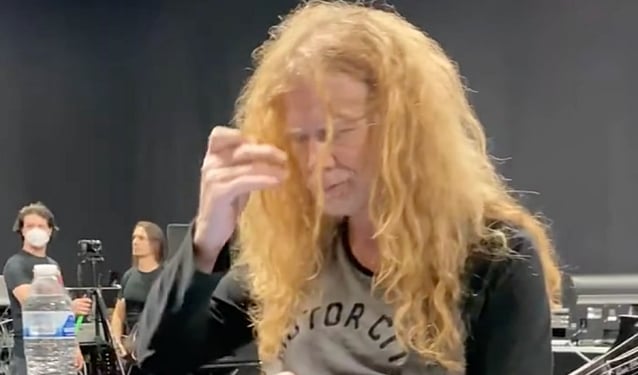 MEGADETH's Kiko Loureiro and Dave Mustaine have both shared video footage from the rehearsal sessions for the band's upcoming "The Metal Tour Of The Year" with LAMB OF GOD.

Rounding out the lineup for "The Metal Tour Of The Year" are TRIVIUM and HATEBREED. Produced by Live Nation, the rescheduled trek will now kick off on Friday, August 20 in Austin, Texas and hit a further 27 cities before wrapping in Quebec City, Quebec, Canada on Saturday, October 2.

Playing bass for MEGADETH during the tour will be former member James LoMenzo.