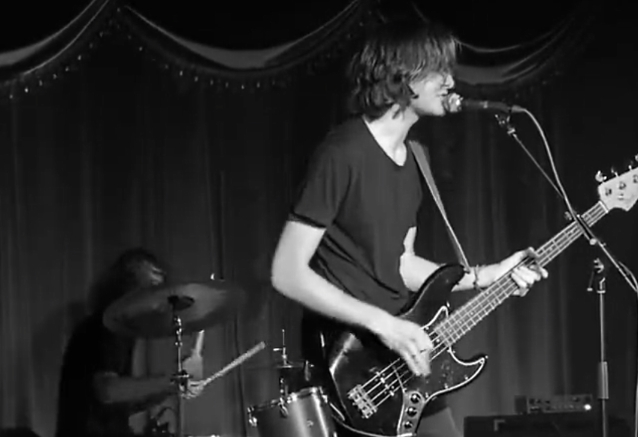 On September 15, TAIPEI HOUSTON will play The Mint in Los Angeles with LEFT OF THE SLASH, ZACH LEWIS and NAUTICAL FRONT.

Back in April 2020, Lars posted a video of Myles and Layne's blistering take on THE BEATLES classic "Eleanor Rigby". At the time, he described their rendition to Rolling Stone as "this insane, three-minute BLUE CHEER, crazy, garage-rock version of 'Eleanor Rigby'.

"Obviously, there's been some incredible versions of 'Eleanor Rigby' along the way, but I'm pretty sure there’s never been one that had this kind of sound, this kind of feel, this kind of energy and madness to it," he said. "I was, like, 'You know what, boys? You done me proud.'"

23-year-old Myles, who plays drums, has spent time at Berklee College Of Music, while 20-year-old Layne, who plays bass and sings, studied at NYU.

Lars had Myles and Layne with former wife Skylar Satenstein. He also has another son, 14-year-old Bryce, with "Gladiator" actress Connie Nielsen.

Lars and model Jessica Miller got engaged in July 2013 and married two years later. It is the third marriage for Lars, who was previously married to Debbie Jones and Satenstein.