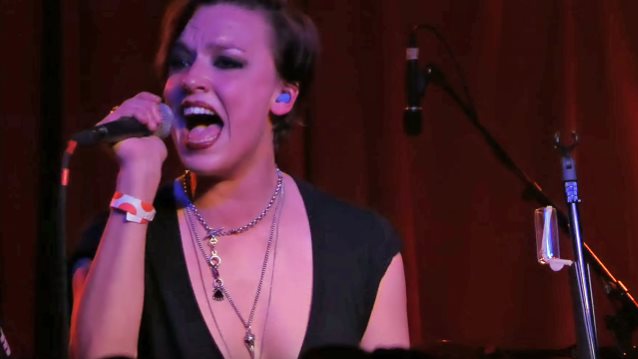 HALESTORM frontwoman Lzzy Hale joined THE EAST SIDE GAMBLERS on stage last night (Friday, January 27) at The Mercy Lounge in Nashville, Tennessee to perform covers of classic songs from AC/DC, AEROSMITH, HEART and PAT BENATAR, among others. Check out fan-filmed video footage of her appearance below.

Hale recently told Swedish outlet RockSverige that HALESTORM is continuing to write material for its next album, tentatively later this year. Hale revealed: "You have no idea the weird songs I've been writing, subject matter and musically. Musically, it's kinda been a long journey to the beginning, so we're kinda going back to our total roots. We're gonna do a rock record this time. It's like total balls to the wall, but lyrically, it's been a little weird and that's my fault."

The new record will follow up 2015's "Into The Wild Life", which was criticized by some fans for veering too far into pop music territory. 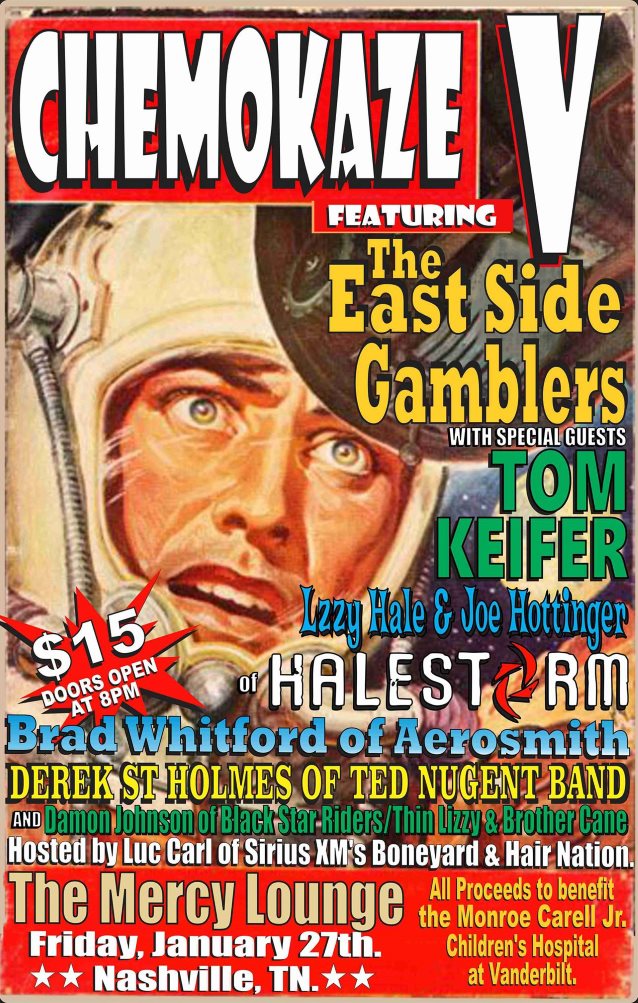