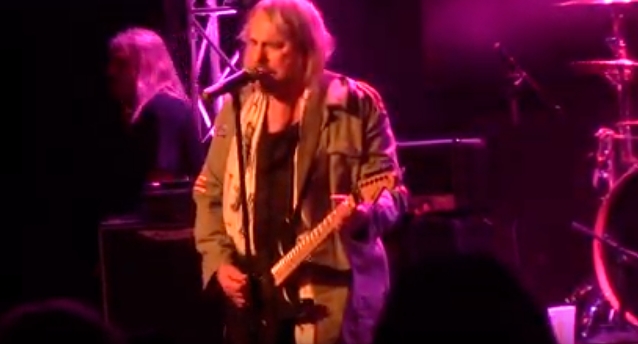 Fan-filmed video footage of DOKKEN's October 12 performance at The Canyon in Agoura Hills, California can be seen below.

As with all of DOKKEN's recent gigs, DOKKEN's longtime member "Wild" Mick Brown did not perform with his bandmates in Agoura Hills.

"People don't realize, if anybody in the band — guitar player, singer, bass player… Singers lose their voice; bass players, whatever, get carpal tunnel, but a drummer, he's got the hardest gig in the band," Don explained. "And I told Mick years ago — years ago I told Mick — I said, 'Mick, you need to take it easy on the drums. You hit too hard. You're like John Bonham.' Anybody who's seen Mick knows he beats the hell out of those drums. And I said, 'Mick, just take it easy and just hit 'em softer and don't kill yourself.' And he said, 'I don't know how to play the drums any other way. I go out there and I just go for it and pound the drums as hard as I can. I don't know how to play like a jazz drummer. I'm a rock drummer.'"