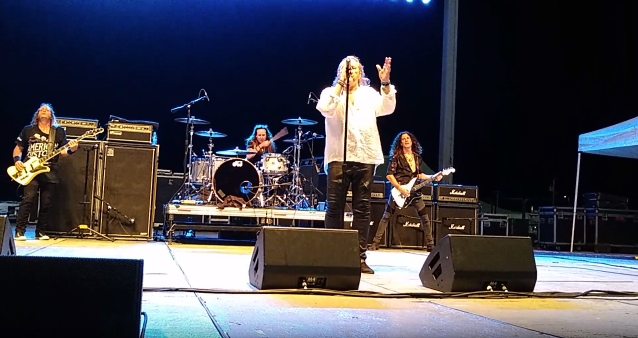 Fan-filmed video footage of DOKKEN's July 19 concert at the Iowa Speedway in Newton, Iowa can be seen below (courtesy of YouTube users "John W Elkin" and "D C").

As with all of DOKKEN's recent gigs, DOKKEN's longtime member "Wild" Mick Brown did not perform with his bandmates in Iowa. He has since been replaced by BJ Zampa (HOUSE OF LORDS), who has filled in for Brown in the past.

During an appearance on "The Classic Metal Show", Don Dokken said about Mick's status with DOKKEN: "I think he's done. He's retiring, basically. We were actually on tour — I don't know — a month and a half, two months ago. I remember, we were at the airport, and we were getting on yet another freakin' plane flight, like we do four or five times a week, and he pulled me aside and he says, 'Bro, I can't do it anymore.' And I said, 'What's the matter?' And he said, 'No, I can't do it anymore. I can't do this. I can't keep flying and playing and [staying in] hotels and playing drums.' And I said, 'Is it a money thing? Or is it just the travel? We can cut the shows back. We can do less shows.' And he said, 'No. I just can't do it, man.' And he made a point. He said, 'Look, I started playing drums at 10 years old, and I'm 62.' He goes, 'I'm just worn out.'"

Don continued: "People don't realize, if anybody in the band — guitar player, singer, bass player… Singers lose their voice; bass players, whatever, get carpal tunnel, but a drummer, he's got the hardest gig in the band. And I told Mick years ago — years ago I told Mick — I said, 'Mick, you need to take it easy on the drums. You hit too hard. You're like John Bonham.' Anybody who's seen Mick knows he beats the hell out of those drums. And I said, 'Mick, just take it easy and just hit 'em softer and don't kill yourself.' And he said, 'I don't know how to play the drums any other way. I go out there and I just go for it and pound the drums as hard as I can. I don't know how to play like a jazz drummer. I'm a rock drummer.'"

Dokken added: "He said, 'I love you. We had 40 years together. It's been a great run. We had some good times. We went to the top of the mountain. And we sold millions of records and made millions of dollars, but it's time for me to stop.' That's what he said. It is what it is… He goes, 'I'm just burned out, man. I'm just toast. I'm tired of being on the plane.' He said the plane kicked his ass sometimes worse than playing."

Asked if Zampa is DOKKEN's permanent new drummer or just a temporary replacement, Don said: "For now, he's in the band. I don't know what his future holds for him. He's played with HOUSE OF LORDS for, like, eight, nine years. So you've got Chris [McCarvill, DOKKEN bassist] and BJ, our rhythm section, and they know each other's feel, they know each other's time. And I will be honest, it was a little shaky the first couple of shows he did, but to his defense, I just called him up and said, 'Hey, I have a show next week. Do you remember the songs?' We didn't rehearse with him; he just showed up and played and did the best he could. And he was kind of being the opposite of Mick, I will say. He plays really good, he's really solid, he knows all the parts, he never makes a mistake, he's super on time, he has great meter, but I thought he's a little too chill for DOKKEN. And I said, 'BJ, I can't tell you to be something you're not, but I need a Mick Brown,' is what I told him. 'I need a Mick Brown. I need somebody that's behind me, and they'd better be bashing the shit out of those drums, because you're the engine. And if that's what you can do, show me.'" 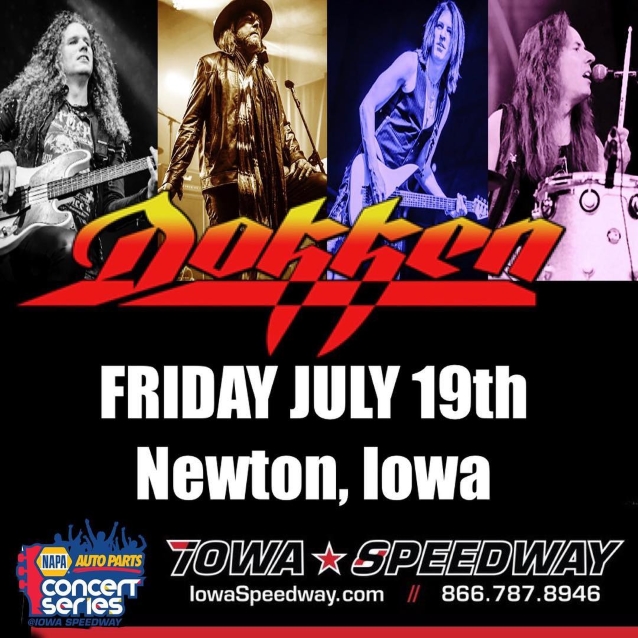