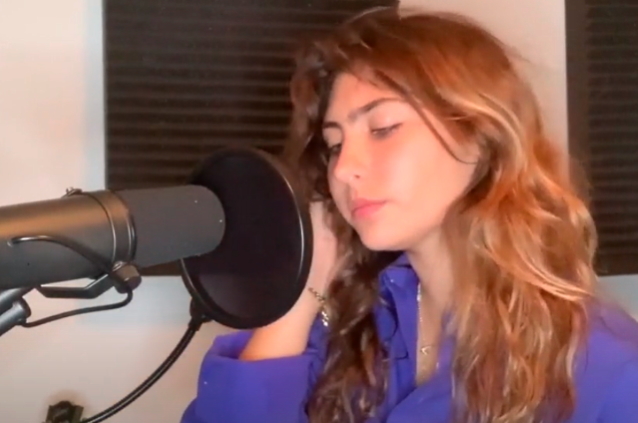 Toni Cornell, daughter of SOUNDGARDEN singer Chris Cornell, performed a cover version of PEARL JAM's "Black" during Lollapalooza's Lolla2020 livestream, a free four-night broadcast event taking place on the original dates of the Chicago-based festival. Check out video of the performance below.

Toni previously performed an acoustic cover version of TEMPLE OF THE DOG's "Hunger Strike" from her father's home studio during LiveXLive's "Music Lives" global digital music festival this past April.

In August 2017, Toni Cornell joined the band ONEREPUBLIC onstage on ABC's "Good Morning America" to perform the Leonard Cohen song "Hallelujah". The performance was a celebration the lives of Chris Cornell and late LINKIN PARK frontman Chester Bennington, both of whom died within months of each other.

Chris Cornell was found hanged in his room at the MGM Grand Detroit hotel in May 2017, following a SOUNDGARDEN show at the city's Fox Theatre. His body was found soon after he had spoken with a "slurred" voice to his wife, Vicky Cornell, by phone. The death was ruled a suicide.