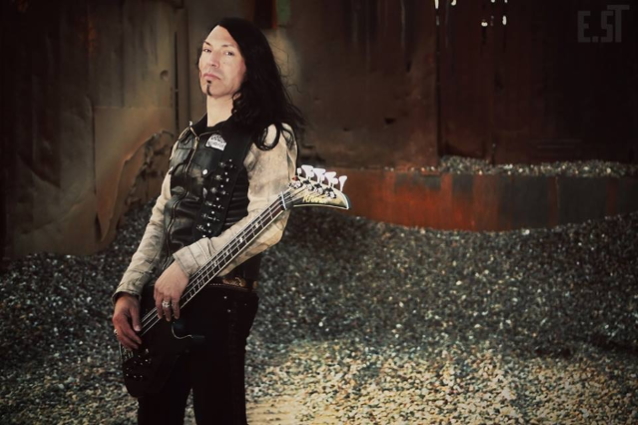 In the spirit of legendary power trios such as RUSH, KING'S X, NIRVANA and PRIMUS emerges an unprecedented power duo — featuring a familiar character. Guitarist/vocalist Douglas Blair, known for his searing and emotional lead work with W.A.S.P., introduces his well-kept secret to the world — the innovative SIGNAL2NOISE.

Blair's self-invented eight-string GuitarCross creates a wall of thunder, atom-smashing guitar and bass — while drummer Toxy London (SANTA CRUZ) slices the concoction to pieces. Blair states: "The power duo simply employs the very core of every successful collaboration — two artists, bringing their halves of the equation to the table in the most streamlined manner!"

The portmanteau title "Generica" alludes to Blair's widely shared frustration with the ubiquitous, generic nature of society — while the lyric "I long to be someone other than me" succinctly sums up the direct result of such an environment. L.A.'s uber-talented ORCHID QUARTET contributes an entwining and powerful string composition, representing the journey of reflective self-assessment — which, of course, culminates in a smashed television.

To recognize May as Mental Health Awareness month, all proceeds from the sale of "Generica" will be donated to the National Alliance on Mental Illness. It can be downloaded via Bandcamp.

"I believe we all deal with various degrees of mental illness in our lives. We're each affected and influenced differently, leading to widely disparate outcomes," says Blair. "I've witnessed so many of these scenarios in our industry and beyond, so I'm really honoured to pitch in for the Mental Health Awareness cause!"