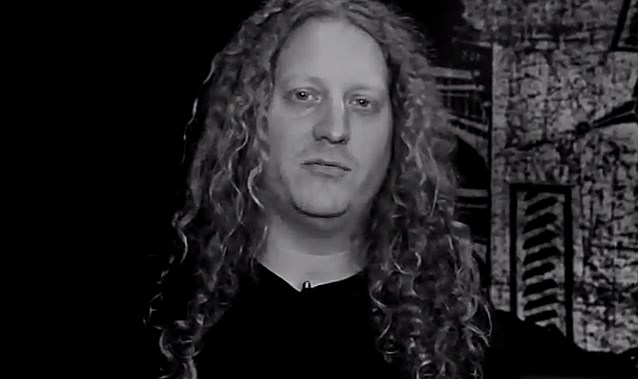 Guitarist Dan Mongrain of Canadian metal innovators VOIVOD took part in an Epiphone "Bandmates" interview on the Gibson bus on August 9 at the Bloodstock Open Air festival at Catton Park, Derbyshire, United Kingdom. Check it out below.

"Target Earth" was recorded in early 2012 at Pierre Rémillard's (OBLIVEON, CRYPTOPSY, KRISIUN, MISERY INDEX) Wild Studio in a small town called St-Zénon in Quebec, Canada and was mixed by Sanford Parker (PELICAN, NACHTMYSTIUM). The follow-up to 2009's "Infini" contains the band's first music to be written with Dan Mongrain (MARTYR) following the passing of original axeman Denis "Piggy" D'Amour in 2005. The original art was once again drawn by drummer Michel "Away" Langevin and features color schemes from each one of the band's previous albums.