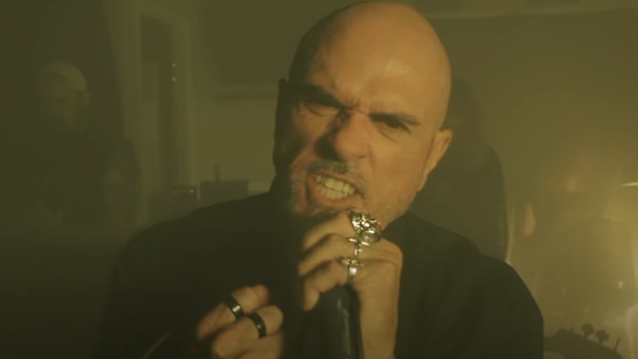 "I found out in 2016, and it was through a regular check-up," he said. "My blood work came back and my platelet count was really, really, really low and that's what prompted my doctor to order a scan. That's what showed that I had stage four cirrhosis. I didn't have any symptoms at the time, but then a few months later, I started getting the symptoms, and it was like one of those things where you wouldn't wish something like that upon your worst enemy. It's that bad — all the symptoms for about 20 months, almost two years of dealing with that. So one day, I had the chance to get the transplant through a living donor transplant. My brother-in-law, Kevin Rivero, was a match. Actually, a lot of people submitted applications and did the blood work, and there were a few matches. Kevin's always lived a clean life. He's retired from the Air Force and he was the obvious choice. We sat down and talked about it, and it was important to him that his niece and nephew, my kids, have their father around. It was a very selfless thing for him to do, because it's not a small little thing, like a knee surgery. It's major surgery."

Sean and Kevin's surgeries were performed by the wife-husband team of Nancy Ascher and John Roberts. Ascher is chair of UCSF's department of surgery and a nationally renowned transplant specialist. Roberts is chief of UCSF's transplant service, one of the largest in the country.

"Kevin went through all the tests and on March 26, 2018, the two of us went into an operating room and they removed 63% of his liver in his right lobe, and they removed my liver completely, and put his in," Sean recalled. "He went into the operating room at 7 a.m. and he got out around 11:30 a.m. She [Dr. Ascher] removed his liver and her husband, Dr. Roberts, pulled my liver out and put that portion into me and hooked up all the veins, blood vessels, bile ducts and everything together. I went into the operating room at nine in the morning and got out about eight o'clock at night. They woke me up at eight o'clock the next night."

He continued: "I woke up a few days later, and I'm looking at the ceiling in my hospital room thinking to myself, 'My God. I just got a massive, important organ pulled out of my body and they replaced it with this other thing, and here I am, staring at the ceiling.' It was at that moment that I started thinking about the benefit show that Phil [Demmel, VIO-LENCE guitarist] put on for me. I was thinking, 'Somehow and some way, I've got to get back up on stage to pay these people back who showed up, and helped me and my family.' My recovery took about six months, and I went back to work in September of 2018." (Killian is a project manager for a construction company.)