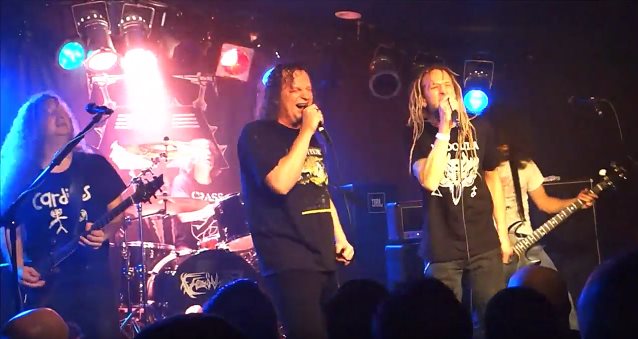 Vocalist Daniel Kubinski of the legendary Milwaukee hardcore group DIE KREUZEN joined Canadian metal innovators VOIVOD on stage on February 25 at The Metal Grill in Cudahy, Wisconsin to perform the DIE KREUZEN song "Man In The Trees". Fan-filmed video footage of his appearance can be seen below.

A live recording of VOIVOD's version of "Man In The Trees", featuring a guest appearance by Kubinski, was included on the limited-edition deluxe pressing of VOIVOD's last studio album, "Target Earth", which came out in 2013. At the time, Kubinski said about the track: "I'm truly honored and thankful to have shared the stage with VOIVOD at Roadburn 2012 and I'm completely stoked we were able to cover one of [late VOIVOD guitarist] Piggy's favorite DIE KREUZEN songs, 'Man In The Trees'.

"The melding of VOIVOD and DIE KREUZEN has been a long time coming and I am so glad we had the opportunity to play and record our performance together. I think our bands are open-minded within our creativity and like-minded in our approach to always stretch the boundaries and take our music to the next step!"

VOIVOD has just released the "Post Society" EP on digipak CD and as a digital download via Century Media Records. The effort, with artwork by VOIVOD drummer Michel "Away" Langevin, contains five studio tracks, including the previously released vinyl-only new VOIVOD songs from the split seven-inch EPs with labelmates AT THE GATES and NAPALM DEATH, two brand new songs and a HAWKWIND cover ("Silver Machine"), for a total playing time of 30 minutes. 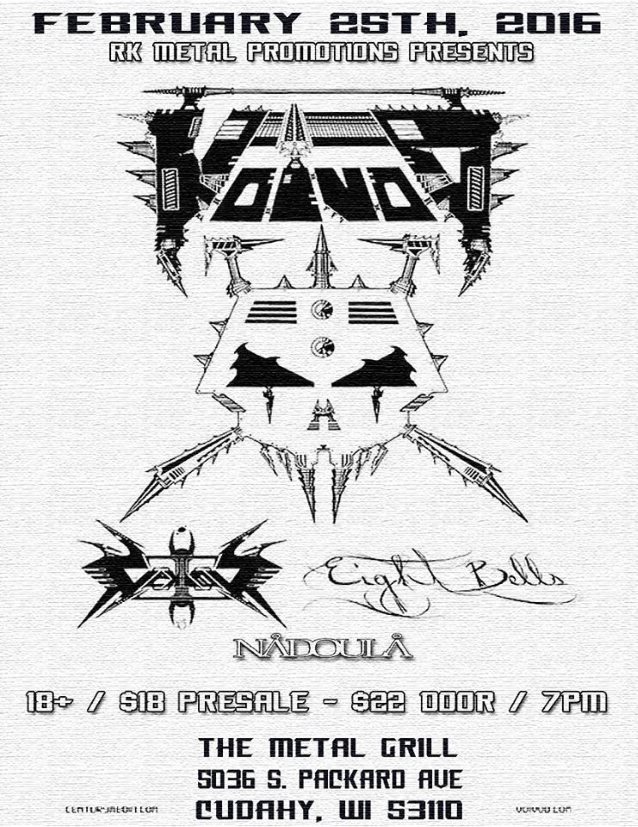