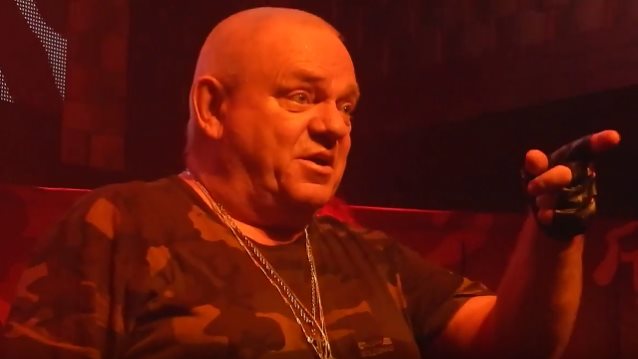 Fan-filmed video footage of DIRKSCHNEIDER, the band fronted by former ACCEPT and current U.D.O. singer Udo Dirkschneider, performing on January 5 at Stage 48 in New York City can be seen below.

Udo recently told Finland's Kaaos TV about the ongoing DIRKSCHNEIDER "Back To The Roots - Farewell To Accept" tour, during which he is playing classic ACCEPT songs for the last time: "There was already a plan that we [would] do the second part of this. I mean, so many people wanna have this show. And we [were] not in Austria, we [were] not in Italy, we'll do more shows in Germany, and also now we go America with the whole thing, and Canada. So, I don't know. The whole thing was exploding. At the moment, there is, in a way, a break with U.D.O.; we [will start in] the beginning of March working on a new album, so I mean, why sitting home? Instead we can do stuff like this. So, yeah, it's a lot of fun, and the people like it, it looks like, and yeah, why not?"

Regarding the fan response to the DIRKSCHNEIDER tour, Udo said: "Yeah, nearly everything [has been sold out]. In Germany already so far, two shows are sold out and the other ones are nearly [sold out]. So, yeah, the whole thing was not planned like this. It was planned to do, let's say, ten [or] fifteen special shows in Europe, and then that's it. But then the whole thing was, like, I don't know… exploding, you know. So many people [said], 'Ah, we wanna have this. We wanna have this.' And I'm still surprised about this. There's a lot of interest, and it's good to see; the people wanna see this. Of course, there has to be an end [laughs], and that will be after the American tour and Canada tour in the beginning of February. And then we make a short break, and then we start working on the next U.D.O. album. So a lot of people were thinking, 'Oh, that's it. This is the last time he's on stage.' No, no, no — don't worry. [Laughs] We're coming back with U.D.O." 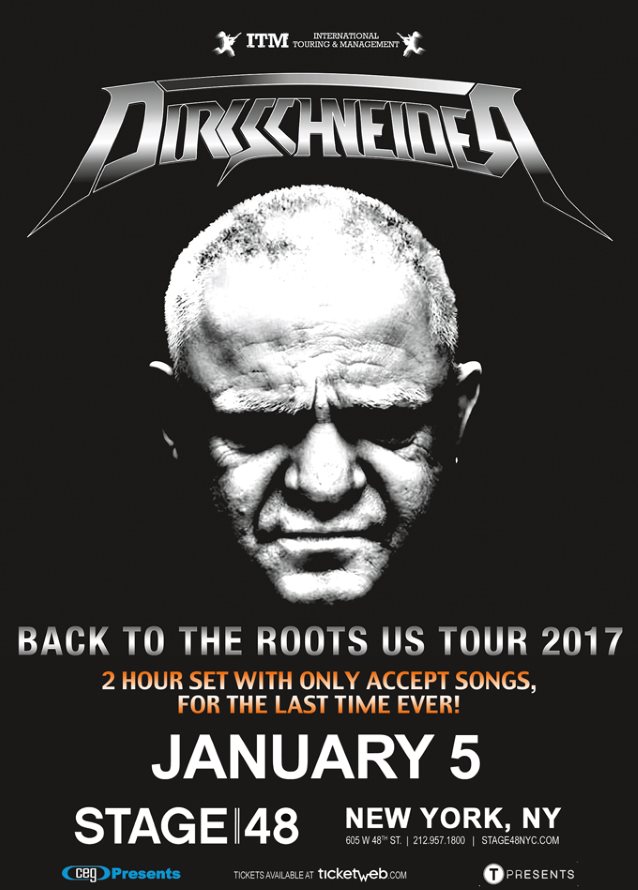