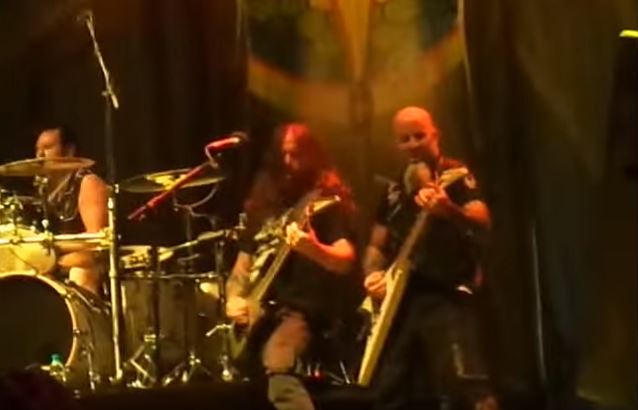 SEPULTURA guitarist Andreas Kisser joined ANTHRAX on stage last night (Saturday, March 26) at Allianz Parque in São Paulo, Brazil to perform the ANTHRAX song "Indians" and a snippet of the SEPULTURA classic "Refuse/Resist". Fan-filmed video footage of his appearance can be seen below.

Kisser toured with ANTHRAX in 2011 as the fill-in for ANTHRAX guitarist Scott Ian while Ian spent time with his family following the birth of his first child. He later told Shredload about the experience: "[It was] one of the best moments of my life, really, as a musician, to be respected that way by them. To have Scott calling me and thinking about my name, giving me six months to prepare and stuff. And everybody… I felt home, really. It was a great to jam with them and spend two weeks with ANTHRAX, [playing] five 'Big Four' shows plus other shows and festivals. It was great. Everything went smoothly, and I think I was prepared to do the job. And I enjoyed it a lot. I was really there with them. You know, it's something that you never dream about. You dream so many things. But reality is much better. [Laughs]"

Kisser made his live debut with ANTHRAX on July 2, 2011 at Veltins Arena in Gelsenkirchen, Germany as part of a "Big Four" show with METALLICA, SLAYER and MEGADETH.

After Kisser completed his stint with ANTHRAX, the band posted a letter addressed to the guitarist on ANTHRAX's official Facebook page, in which they wrote, "Words cannot express the feeling of love we have for you. From the first day, you were a part of the family. You were the only choice to fill in for Scott and that decision proved to be the right one. Thank you for being you."

Regarding how Kisser came to fill the temporary-guitarist slot in ANTHRAX, Ian said in an early 2011 statement: "We chose Andreas because we feel he can do the gig better than anyone. He has the fire, the attitude, and the crushing right hand to do the gig."

He continued: "I've played with Andreas at the Roadrunner 25th-anniversary show, and I've gotten up and played with SEPULTURA and we are kindred spirits. We both play every show like we're going to jail the next day, like it's the last show we'll ever play. He has what it takes and he has the experience and history to fucking bring it and make these ANTHRAX shows something special." 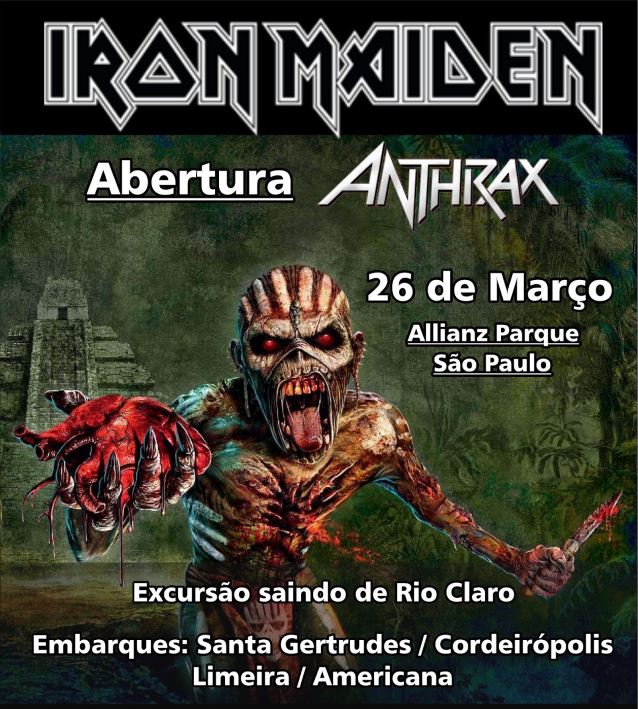