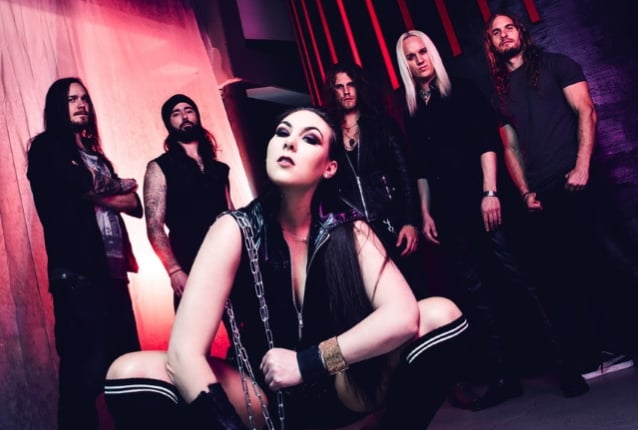 Swedish melodic metallers AMARANTHE have released the official music video for the song "GG6". The track is taken from the band's fifth album "Helix", which was released in October 2018 through Spinefarm Records. The disc was recorded at Hansen Studios in Ribe, Denmark with producer Jacob Hansen (VOLBEAT, EPICA, DELAIN). The follow-up to 2016's "Maximalism" marks the band's first release with DYNAZTY's Nils Molin, who officially joined AMARANTHE in July 2017 as the replacement for Jake E.

Guitarist Olof Mörck commented: "The 'Helix' album itself is a statement, a declaration and an assertion that we are here to stay, and that the songwriting and musicianship has been honed and maximized to the highest level yet on an AMARANTHE record. The process of composing this album with Elize [Ryd] was as inspiring as it was smooth, and from a composer's and arranger's perspective, a dream collaboration."

Vocalist and composer Elize Ryd offered her take, saying: "'Helix' describes the concept of how the past forms us and how life makes us become. No excuses, no regrets. We express the challenges and the uplifting moments in time, and all that in between with the sounds that we love. We want to dedicate this album to all the fighters and friends out there."