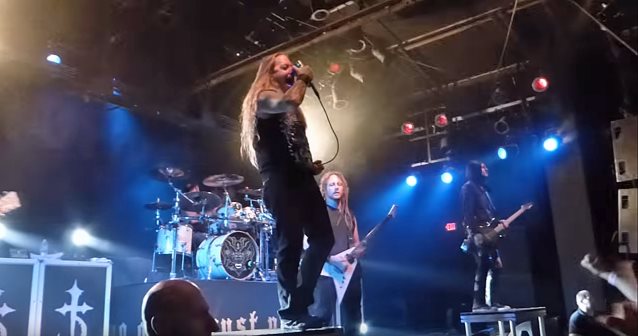 Fan-filmed video footage of DEVILDRIVER's May 25 performance at Warehouse Live in Houston, Texas can be seen below.

DEVILDRIVER's seventh studio album, "Trust No One", entered The Billboard 200 chart at position No. 43 with first-week sales of just over 12,000 units — nearly all from pure album sales. The set follows the No. 32-peaking "Winter Kills", which was released in August 2013 and opened with 11,000 copies.

"Trust No One" was released on May 13 via Napalm Records. The CD was once again produced by Mark Lewis (ARSIS, THE BLACK DAHLIA MURDER, WHITECHAPEL, DEVILDRIVER, DEICIDE, SIX FEET UNDER) with assistance from Jason Suecof (AUGUST BURNS RED, DEICIDE, DEATH ANGEL). The new effort marks the group's first release since the departures of guitarist Jeff Kendrick and drummer John Boecklin and addition of axeman Neal Tiemann and former CHIMAIRA sticksman Austin D'Amond.

Said frontman Dez Fafara: "'Trust No One' is a vicious record filled with huge grooves and big hooks, guitar bass assery and thundering drums! Lyrically it goes to a realistic space exploring a ton of different emotion and headspaces regarding being human and what it means to exist. The band worked long hours writing as well as in the studio along with our producer to forge 'Trust No One'! I hope you turn it the fuck up and enjoy this record from start to finish!"

DEVILDRIVER has tapped former WAYNE STATIC guitarist Diego Ibarra (a.k.a. Ashes) to play bass on its tour in support of "Trust No One".

Ibarra joined DEVILDRIVER as the replacement for former BURY YOUR DEAD guitarist Chris Towning, who appeared on "Winter Kills". 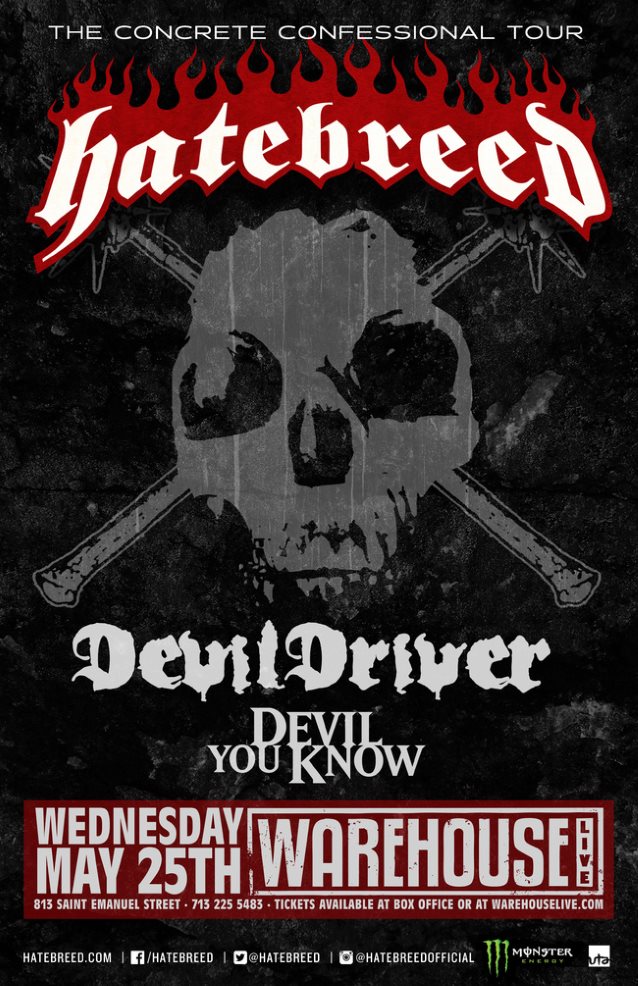