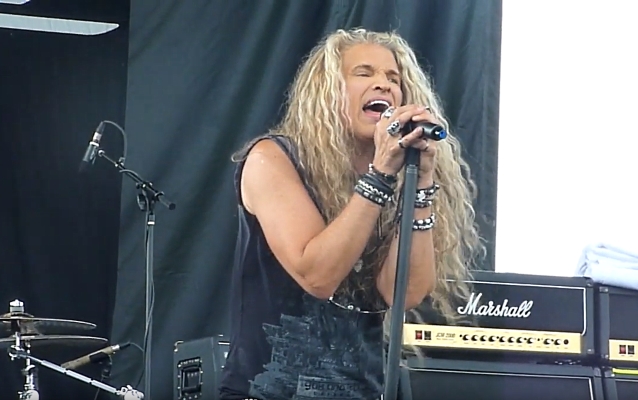 Fan-filmed video footage of GREAT WHITE's June 29 performance at the Freedom Fest in Golden, Colorado can be seen below.

"We've been writing songs," Mark said. "In fact, I actually sent [Mitch] some music, with just the music. I had a pretty good arrangement on the song, and he sent this song back done — vocals, lyrics, everything, with a big, beautiful hook. I was in shock, 'cause I've never written with a singer where I just handed him music and he sent me a song back.

"He lives in Nashville, so I couldn't just call him and go, 'Hey, come over. I've got this great idea,'" the guitarist continued. "So we did it that way. Now, when we get down to crunch time, we will definitely be getting in a room with the band and working things out that way. But just temporarily, we're just kind of doing it with our phones and whatnot.

"But we were in shock. I played it for the band, and we were just, like, 'Holy God, man. Where is this guy from?'"

Kendall admitted that he "didn't know a lot about Mitch" before the singer joined GREAT WHITE. "And that's not to say he's not great," Mark explained. "When you're touring and touring and touring and you're making records, it's hard to follow everybody's career and all that. But he's got a bunch of solo albums; he's been around. And he's got a lot of fans. I mean, he's been on Jay Leno and stuff like this. But somehow he escaped my radar. People love him. He's been going to Europe for years. People know who he is. So it's not like we just grabbed this random dude off the street. I mean, this guy has fans. It's a joy, and he delivers our songs really well. And he really likes our music a lot. That means a lot too. He really digs the music. He's passed on CHICAGO. I think he was second in line with JOURNEY; [he] kind of got beat out by the Filipino guy [Arnel Pineda]. And I understand why. That guy sounds so much like [Steve] Perry, if you close your eyes… I mean, it's close. And that's what they wanted, so, of course, that worked out great for them."

According to Mark, he and his bandmates felt that Malloy was a more suitable vocalist for GREAT WHITE than Terry Ilous, who was fired from the group in July 2018.

"We feel like Mitch is a little bit better fit, not only image-wise but vocally," he said. "He delivers the songs in a way that's just more like the original. We don't wanna reinvent the songs. When we write new stuff, that's a different story. But you wanna deliver the hits well. People come down to hear that. Mitch does it a lot of justice, plus he puts on a real high-energy show — he really gets into it. And he's a natural frontman — he doesn't force anything. He talks to the crowd like he's talking to anybody. But he gets 'em right into the show from the very beginning of the show. It's just always a great night. He covers the stage, he gets into it, he loves what he does, and we're thrilled to have him in the band… He's a great guy — a great guy to be in a band with. He's got great energy. He's a very positive guy." 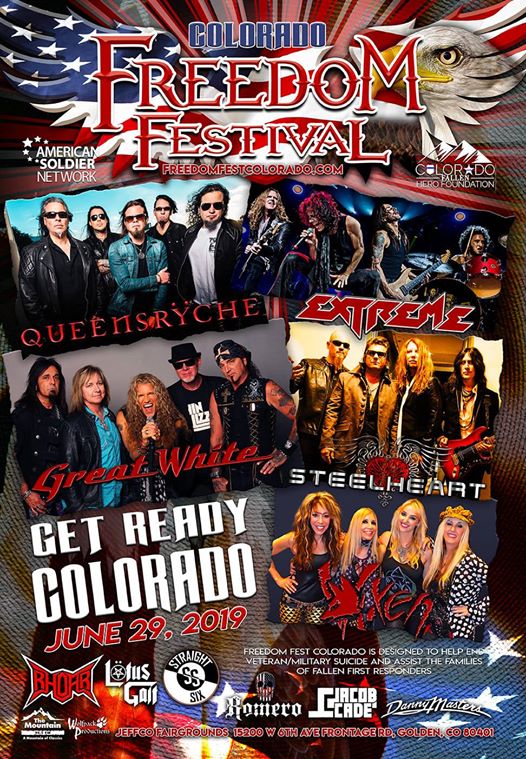