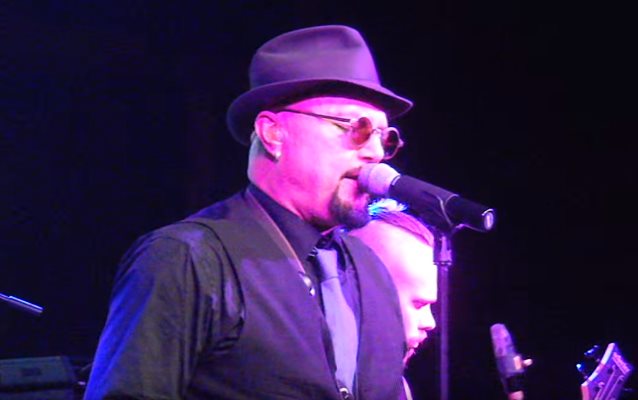 Video footage of OPERATION: MINDCRIME, the new band led by former QUEENSRŸCHE singer Geoff Tate, performing on February 23 at 12th & Porter in Nashville, Tennessee can be seen below.

"I love touring and I love playing live, performing with like-minded people in front of like-minded audiences and being there in the moment together when all of our passions collide," Tate told Digital First Media. "Typically I play a few songs off the new album, but really I focus on playing songs from my catalog of albums. I typically try to pull out different things that people haven't heard before or that I haven’t played in years or ever. I like doing that surprise thing during the show."

Asked if touring is something that he will be doing indefinitely or if he has a timetable as to when he will cease touring altogether, Tate told Oregon Music News: "I will always tour. I can't see myself stopping. I love performing live and I'm a believer that music is always best when experienced live. You're seeing it, you're experiencing it and you're witnessing the moment. It's incredibly special. I think a lot of us lose track of that in the 20th century digital age. There's nothing that compares to a live performance. I don't think there ever will be anything that will come close to it."

He continued: "I'm still relatively old school in the sense that I buy music on release date and whether you buy it online and have it shipped and it arrives on release date or if you go out and track down a hard copy. Nothing compares to tearing off the cellophane, popping the CD in and looking through the liners. It's sad that those rituals are essential a thing of the past, don't you think?"

Tate added: "In the United States, music has become a disposable commodity for people. It's not part of their lives like it once was. That's due to our cultural shift. I saw something similar happen in Japan in the early '90s; people grew out of music that was dear to their hearts. That's how the music industry treated music as if it were a passing thing. It was like this is what you liked in your youth and then you grew up to be an adult and then you didn't have anything or want anything to do with that music anymore. [Laughs] Music is art and music is essential to the human environment and essential to the human story. We need art. It's one of the most essential things to human existence."

"The Key", the first album of an ambitious trilogy from OPERATION: MINDCRIME, sold around 2,500 copies in the United States in its first week of release. The CD was made available on September 18, 2015 via Frontiers Music Srl.