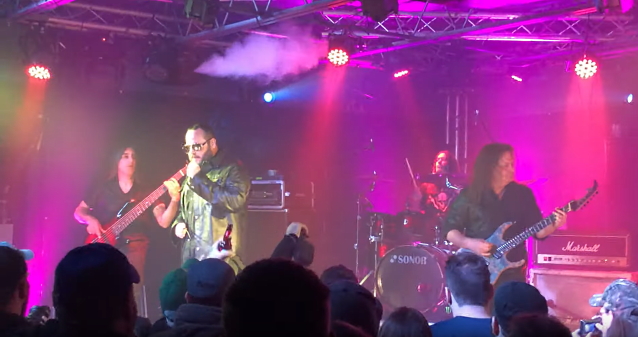 In a recent interview with The Metal Voice, Owens stated about A NIGHT OF METAL: "It's the one time I tour that I'm not playing [songs from my era of JUDAS PRIEST]. People are, like, 'Play 'Burn In Hell',' or this, that and the other. Well, I tour solo non-stop, and I play those songs when I tour — I just got back from South America and I'm playing 'One On One' and 'Hell Is Home' and 'Burn In Hell'. But this set is just a fun set. We're going up there as 'A NIGHT OF METAL.' It's exactly what it says, when Shawn and Glen came up with that. It's the perfect name for us, because we're just jamming — we're having fun. We'll probably have a beer and get on stage."

A NIGHT OF METAL is:

Glen Drover left MEGADETH at the end of 2007 and was replaced by Chris Broderick, who previously played with NEVERMORE and JAG PANZER. 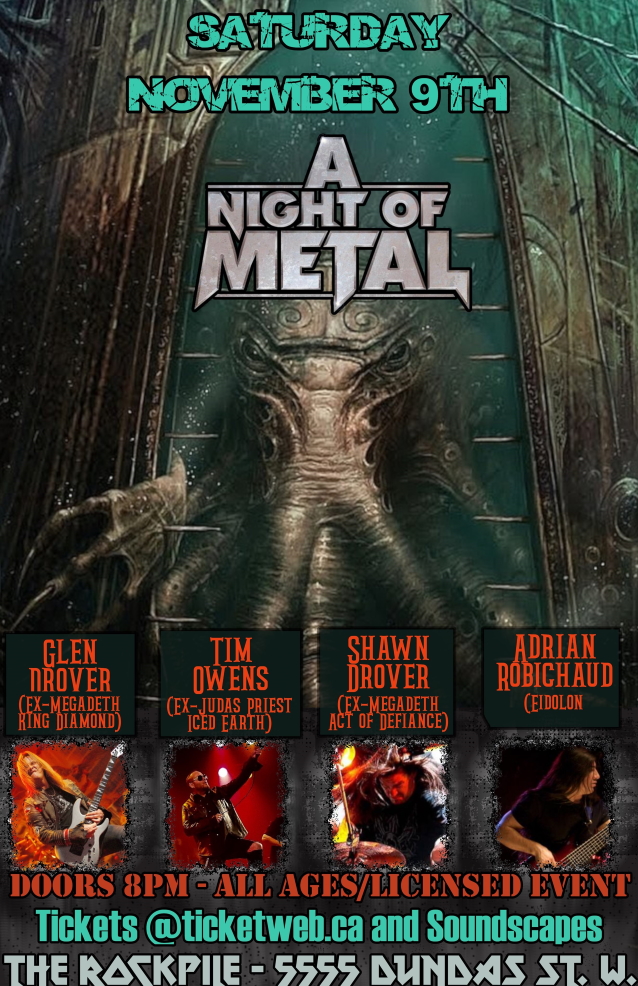