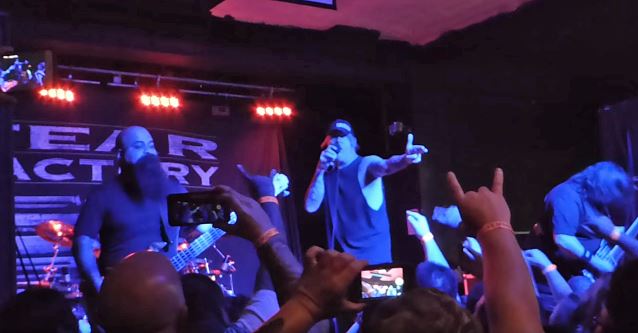 Fan-filmed video footage of FEAR FACTORY's March 28 performance at House Of Rock in Corpus Christi, Texas can be seen below.

FEAR FACTORY has just embarked on a U.S. headlining tour on which it is performing its classic second album, "Demanufacture", in its entirety. They are also showcasing songs from their new album, "Genexus", which came out on August 7, 2015 via Nuclear Blast.

A list of remaining tour dates can be found at FearFactory.com

FEAR FACTORY guitarist Dino Cazares told Metal Forces magazine about the band's plans to celebrate the 20th anniversary of "Demanufacture": "Can you believe that that record's already 20 years old? It just went by fast. We feel that because that record has fan favorites, it would be good to do a tour around that just for a whole new generation of people who never got to see us during that time and that tour. To just play it in its entirety, man. To show respect to what was a record that opened a door to metal. It basically gave a facelift to metal. [Singer] Burt's [C. Bell] vocal style is definitely something that is very, very common these days among other bands. We just wanna show people where it came from, where it started, so hopefully a new generation will get into FEAR FACTORY."

Bell told Spotlight Report in a 2013 interview that he felt "Demanufacture" was ahead of its time. He said: "[At the time of its release] it was a hit, but it was an underground hit; it never made the mainstream. It's one of those records that was scratching the surface, but never really crossed over. At the time, it was still too aggressive, still too out there. Ever since then, that album just inspired and influenced so many other bands that if people that never heard 'Demanufacture' would listen to it today, they'd think it's a contemporary album." 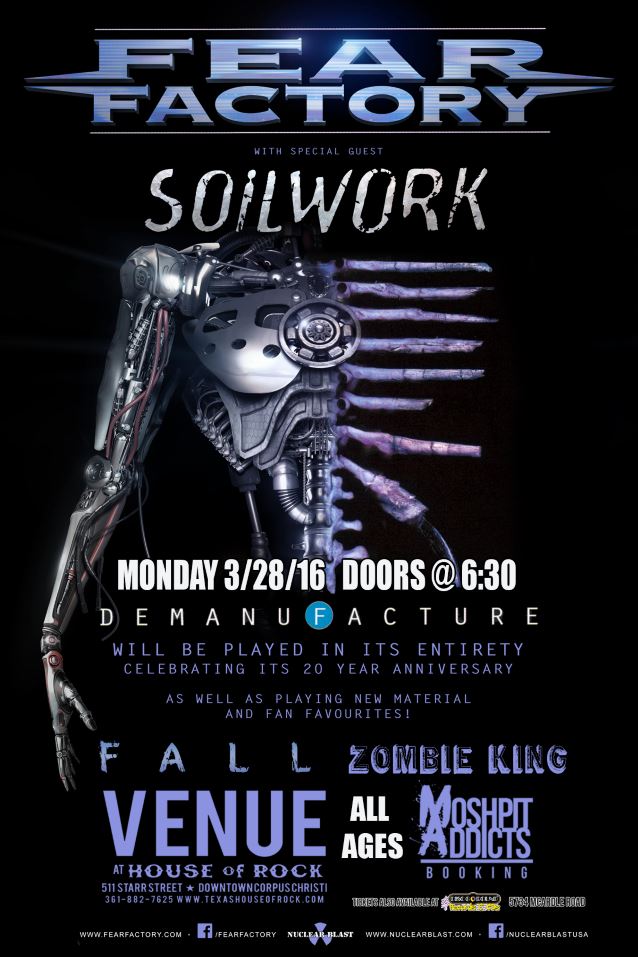