Don Dokken (DOKKEN) was joined by ex-GREAT WHITE singer Jack Russell for an acoustic set at "The Big Dam Acoustic Rock Show" on September 7 at Beaver Dam Amphitheater in Beaver Dam, Kentucky. Fan-filmed video footage of the performance can be seen below (courtesy of YouTube user "Jeff Coppage").

In a 2016 interview with the "Music Mania" podcast, Russell admitted that he ended up "in a coma" the year before after a night out with Dokken. "I went on a binge and I drank, like, Mai Tais in, like, twenty minutes," Jack recalled. "And I kept falling off the bar stool. [And they told me], 'Hey, dude, we love you here, but you've gotta go. Or else we'll call the cops.' So Don Dokken, who was with me, took me to my boat and dropped me off. And my wife was just furious. And she put me in bed, and the next morning I wouldn't wake up... I was in a coma from drinking too much. The doctor told me when I woke up, 'If you drink again, your liver's gonna shut down and you're gonna die.' And I went, 'Okay.' So I'm not gonna take the chance. I'm doing good right now. My body's in great shape. I've been working out. I've been running. I've been… stuff I thought I could never do again after all my accidents. I just took care of myself, got some muscle on me, and I'm back on stage doing what I used to do. It's great."

Earlier this year, Russell — who has spent the last few years touring with JACK RUSSELL'S GREAT WHITE — said that he was planning on releasing the follow-up to the GREAT WHITE album "Great Zeppelin: A Tribute To Led Zeppelin".

JACK RUSSELL'S GREAT WHITE's debut album, "He Saw it Comin'", was released in January 2017 and featured the singles "Blame It On The Night", "Sign Of The Times" and "Love Don't Live Here". 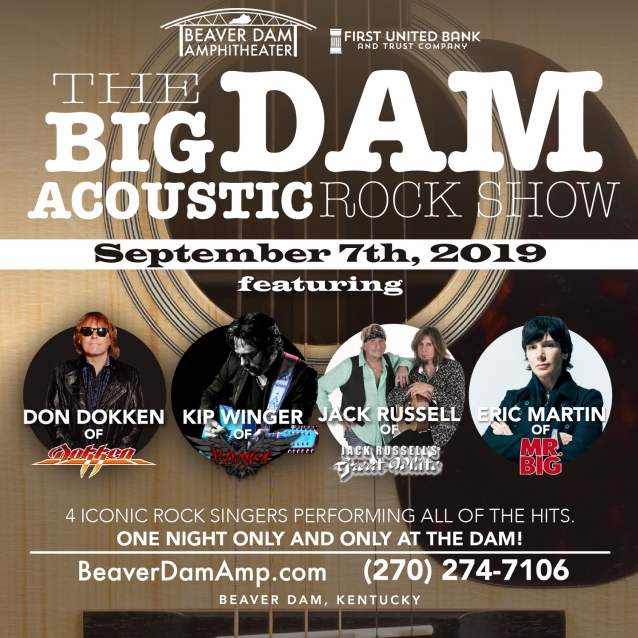