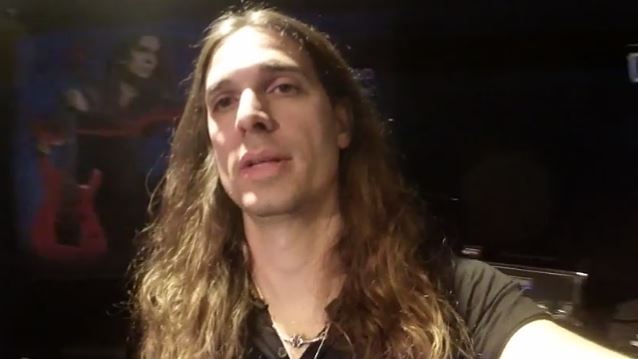 During Brazilian guitarist Kiko Loureiro's (ANGRA) last clinic tour with Ibanez in Asia, he made some videos showing the local culture, foods, hotel rooms, public reception and more. Clips spotlighting Kiko's impressions of Seoul, Kuala Lumpur and Singapore can be seen below.

As BLABBERMOUTH.NET first reported on March 14, MEGADETH is rumored to have hired Kiko to play on the group's next CD.

Although drummer Chris Adler (LAMB OF GOD) is working with MEGADETH mainman Dave Mustaine and bassist David Ellefson in the studio on the band's new album, MEGADETH has yet to announce permanent replacements for drummer Shawn Drover and guitarist Chris Broderick, who quit MEGADETH last year.