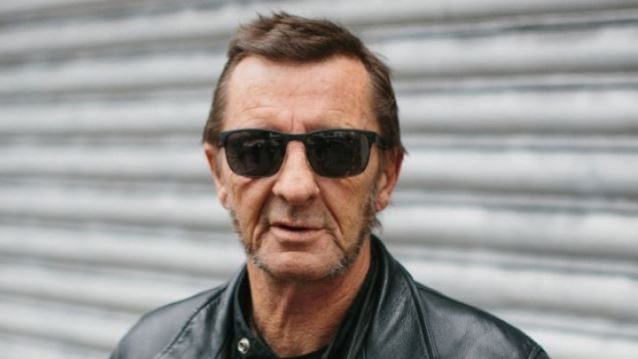 Telegraph.co.uk has uploaded video footage of Phil Rudd lashing out at a cameraman who was waiting outside his beachfront home after the etsranged AC/DC drummer appeared in a Tauranga, New Zealand court. Check it out below. More video footage can be found at 3News.co.nz.

As previously reported, Rudd was arrested again on Saturday night (July 18) at his home in Tauranga. The 61-year-old rocker appeared in Tauranga District Court on Monday morning (July 20) and was released on bail. Police charged him with possessing and consuming alcohol — a breach of the conditions of an eight-month home detention sentence handed down to Rudd earlier this month.

Rudd is expected to return to court on August 3 to answer the latest charge. He is now facing up to one year in jail and a fine of $2,000 New Zealand dollars. Rudd is also now subject to on-demand drug testing.

Rudd pleaded guilty in April to charges of threatening to kill and drug possession following his arrest last fall. He faced up to seven years behind bars, but was sentenced to eight months of home detention and monitoring, along with a stay in a rehab program.

Rudd's son submitted an affidavit to the court which said in part that his father "has a heart of gold and wouldn't hurt a fly. It's just when the drugs take over, he behaves how he taught me not to."

Rudd played with AC/DC for 30 years and performed on the band's new album, "Rock Or Bust", before his arrest. Chris Slade, who played with AC/DC from 1990 to 1993, was announced in February as the group's drummer for its current world tour.