TOOL's "Fear Inoculum", the Los Angeles-based band's chart-topping, record-breaking, critically acclaimed and, until now, physically sold-out fifth album is heading back to record stores, with an expanded book edition of the collection slated for a December 13 release.

Quite possibly the era's most highly-anticipated album, TOOL's fifth album, which arrived on August 30, was met by lengthy lines at retailers as music lovers clamored to get a copy of the groundbreaking, limited-edition physical release. The now-sold-out version features a 4" HD rechargeable screen with exclusive video footage ("Recusant Ad Infinitum"), charging cable, 2-watt speaker, a 36-page booklet and a digital download card. The album debuted at No. 1 on Billboard's Top 200 and earned heaps of critical praise with NPR saying, "'Fear Inoculum' was worth the 13-year wait," Revolver proclaiming the album "a masterpiece to be dissected for years to come" and Consequence Of Sound saying the release finds "TOOL in peak performance."

News of the expanded book edition of "Fear Inoculum" arrives as the band has announced a new leg of U.S. tour dates, with VIP packages available today exclusively to Tool Army members via ToolBand.com and the general on-sale on Friday at 10 a.m. local time. 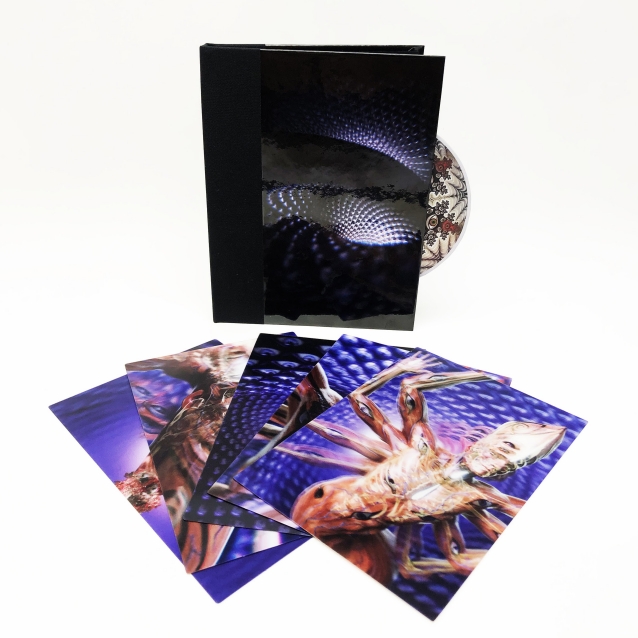