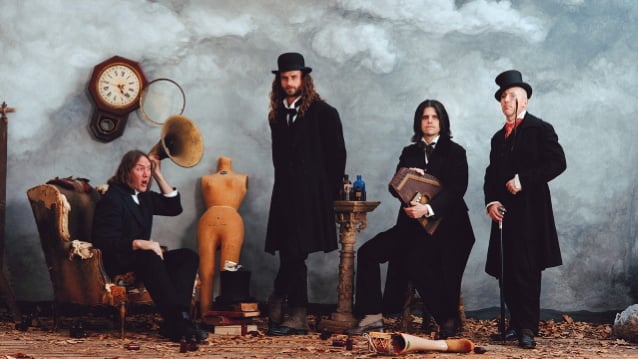 According to The Pulse Of Radio, TOOL guitarist Adam Jones revealed several tantalizing bits of information about the band's upcoming album, "Fear Inoculum", in a new interview with Guitar World, including the number of tracks on the record, the running time and the strange themes behind the LP.

The LP, TOOL's fifth full-length album, will sport seven tracks but will run an astounding 80 minutes, with virtually none of the songs adhering to the standard format for a radio single. As for the concept of the disc, Jones said it came to revolve around the number seven.

Jones told The Pulse Of Radio a while back that he and the other members of TOOL have always been deeply involved in TOOL's artwork and visuals. "I've always been into art and drawing and sculpting, and I did makeup effects for a long time, and it's always been a big part of my life," he said. "And Maynard too, and, you know, the other band members — you know, when I met those guys, they were all doing something kind of creative, and I think that's why it clicks."

"Fear Inoculum" is TOOL's first new album in 13 years and is slated for an August 30 release.