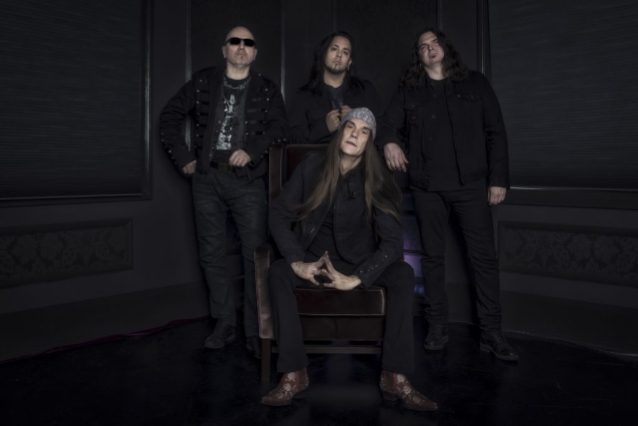 Norwegian/Spanish hard rockers TNT have released the official music video for their new single, "Not Feeling Anything". The track is taken from their latest studio album, "XIII", which came out on June 8 via Frontiers Music Srl.

The aptly titled "XIII" is the band's thirteenth studio album to date and features founding members Ronni Le Tekrø (guitar) and Diesel Dahl (drums) alongside bassist Ove Husemoen, and new vocalist Baol Bardot Bulsara, who replaced Tony Harnell. Baol is a stunning Spanish vocalist whose debut with the band happened in front of 8,000 rabid fans in November 2017 when the band opened for German hard rock legends the SCORPIONS in Oslo, Norway. Not only did Boal survive this trial by fire, but he did so with flying colors. "We found Baol after receiving more than 30 demos from singers all over the world," says Le Tekrø. "We held an audition and Baol convinced us at an early stage. His range and capacity is unbelievable."

The new TNT record features the melodic rock and excellent playing fans have grown accustomed to from the band over its storied career. Ronni continues: "The process of this album was long, but fun in many ways. Tony Harnell was a gentleman and let us use two of the songs we originally co-wrote. We also recorded four songs that we co-wrote with Tim Scott O'Connell (a.k.a. Ledfoot). The lyrical concept on the album is love and understanding, like in many of TNT's lyrics. Although we have an explosive band name, we wanna try to give people some hope with our music. Musically, the album gives me great feelings. It's been a long time since I've had such sentiment. I'm proud of this whole album. Good analog shit!"

TNT announced in October 2017 that it was once again parting ways with Tony Harnell.

Harnell rejoined TNT in May 2016, less than a year and a half after his previous departure from the group.

Tony previously quit TNT in January 2015 after a 15-month stint with the band.