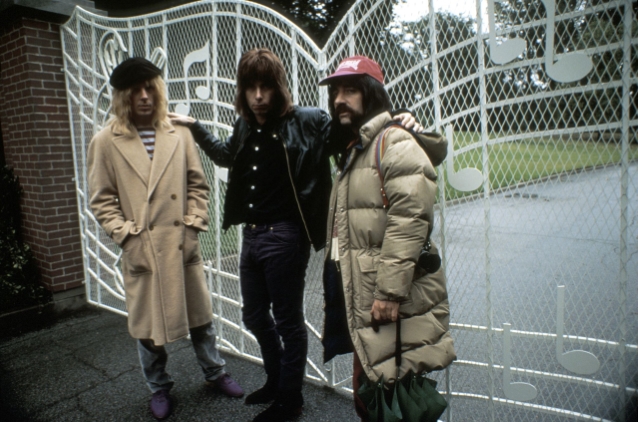 Harry Shearer, Christopher Guest, Michael McKean and Rob Reiner, the creators of the iconic mockumentary film "This Is Spinal Tap", have resolved their dispute with Universal Music Group regarding the film's soundtrack recordings.

Under the agreement, "Spinal Tap"'s recordings will continue to be distributed through UMG and eventually the rights will be given to the creators. The parties look forward to making these beloved recordings available to existing and new "Spinal Tap" fans for years to come.

Shearer said: "I must admit, from the moment we first began mediation with them to now, I've been impressed by UMG's respect for creatives and their distinctive desire to seek a prompt and equitable solution to the issues."

Guest said: "It was refreshing to be treated so constructively and with such courtesy by UMG and I'm pleased we have been able to resolve this."

"This Is Spinal Tap", produced on a shoestring budget, has become a cult classic since its first theatrical run. The film has garnered international praise and acclaim, having been included in "best-ever" lists such as The New York Times Guide to the Best 1,000 Movies Ever Made; Entertainment Weekly's 100 Greatest Movies of All Time where it appeared on the "Just Too Beloved to Ignore" list; and the 100 Greatest Movies of All Time list published by Total Film.

The band, composed of Shearer, Guest and McKean, performing as their beloved stage personae in the company of a rotating cast of percussionists willing to risk the kit (as so many of their predecessors have been accident prone), has toured the world multiple times since the film's release. Hundreds of thousands of "Spinal Tap" sound recordings have been sold over the ensuing decades and the film has been released on a host of video formats down the years.

"This Is Spinal Tap" was released to little fanfare with some viewers convinced the bumbling dinosaurs — who had a knack of losing drummers in freak accidents — on screen were a genuine band. But word of mouth about the smartly observed film, which took a pop at bands such as STATUS QUO, LED ZEPPELIN and BLACK SABBATH, spread and it became a sleeper hit.

According to the Belfast Telegraph, McKean, Guest and Shearer prepared several scenes with Reiner but then ad-libbed. At the end of filming, they had more than 40 hours of footage, which was edited down to a more manageable form.

When "This Is Spinal Tap" was released, not everybody got that it was a "mockumentary." U2's The Edge immediately embraced it, saying: "I didn't laugh, I wept. It was so close to the truth." Ozzy Osbourne didn't understand it, saying the first time he watched it, he thought it was a real documentary. Early home video versions of the movie reportedly even had a disclaimer at the start and finish of the movie stating the band didn't really exist.