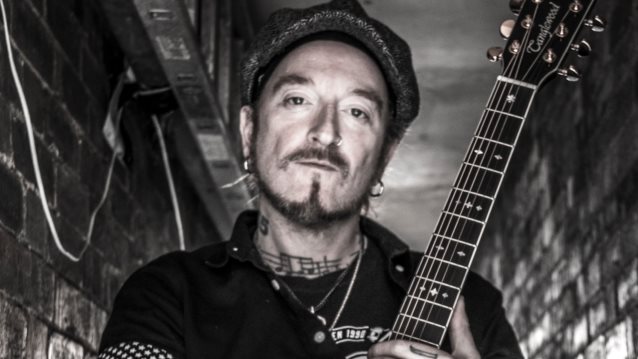 Round Records Records is the new record label from THE WILDHEARTS frontman Ginger (real name David Walls) — a home for HEY! HELLO!, MUTATION, live albums and DVDs from THE WILDHEARTS and more. It's arguably Ginger's most ambitious project to date; moving from stand-alone individual releases to a fully fledged record label. PledgeMusic has partnered with Ginger and Round Records Records for fans to pre-order new releases and access a host of extra and exclusive offers.

Ginger and PledgeMusic have history. In August 2011, Ginger launched his triple album project via PledgeMusic. The pitch was to record a 30-song triple album and the campaign met with immediate success, hitting 100% of the funding target within six hours of launching. The resulting album released in 2012 in single and triple album format was a huge success for Ginger and won him the Classic Rock magazine "Event Of The Year" award. Subsequent projects with PledgeMusic have delivered equally stunning results; the last one being a book titled "Songs & Words", which featured archive photos and the stories behind Ginger's songs as only Ginger could tell them.

To start things, the Round Records Records launch includes the following:

Says Ginger: "Round Records allows me to further explore what can be achieved using the direct-to-fan formula.

"My last project was a fan club, something that I had always enjoyed as a kid. When I realized that a lot of people didn't even know what a fan club was, the logical next step was to introduce a record label whose logo was as iconic and the music it releases.

"Growing up with Stiff, Sub Pop and Def Jam, I always loved the idea of a 'fair' record company, but I've had precious little personal experience in record companies being anything more than a smokescreen run by corporate suits with very little understanding let alone love for the music. This time around I'm the boss, and this boss is all about the music."