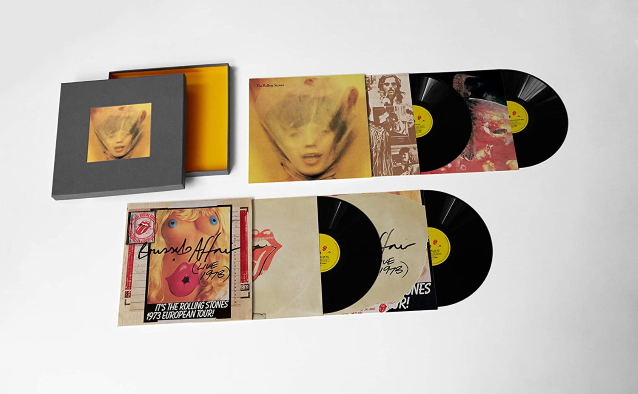 Another prized jewel in THE ROLLING STONES' unmatched catalog will be restored to its full glory and more with the September 4 multi-format release of their 1973 classic "Goats Head Soup". The album will be available in multiple configurations, including four-disc CD and vinyl box set editions, with a treasure trove of unreleased studio and live material.

The box set and deluxe CD and vinyl editions of "Goats Head Soup" will all feature ten bonus tracks, which include alternate versions, outtakes and no fewer than three previously unheard tracks. The first of these to be unveiled, "Criss Cross", is available as an instant-grat track today with pre-orders of the album, and on all streaming and download services. The official "Criss Cross" video is out now. Watch it below.