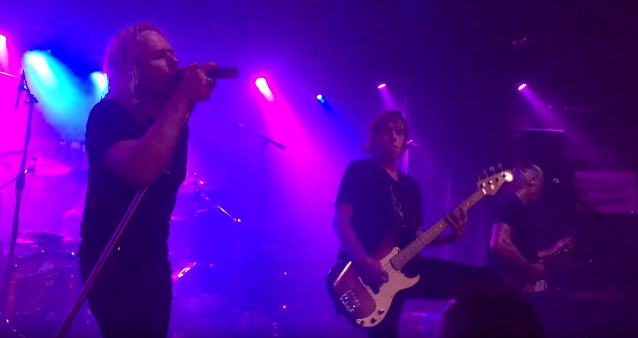 THE END MACHINE, the new band featuring three members of the classic DOKKEN lineup — George Lynch (guitar), Jeff Pilson (bass) and Mick Brown (drums) — along with former LYNCH MOB and current WARRANT singer Robert Mason, made its live debut this past Thursday night (April 4) at the Whisky A Go Go in West Hollywood, California. Brown was unable to make the current run of shows and is being temporarily replaced by EVANESCENCE's Will Hunt.

The group's setlist was as follows:

Fan-filmed video footage of the entire Whisky A Go Go concert can be seen below.

THE END MACHINE's debut album was released on March 22 via Frontiers Music Srl.

Pilson said: "We think that, notwithstanding the obvious nod to our past experiences together, THE END MACHINE sound has a unique identity. Sonically, this is not just ex-DOKKEN members with a different singer or a rebooted incarnation of LYNCH MOB. This is a new sound. Everyone has been doing great on the album and there is a lot of energy and a lot of focus."

Mason concurred, saying: "This is decidedly not me 'stapled' on to a DOKKEN record. I wouldn't have been involved if that was the intent. Fans will hear bits of our styles in this collection of songs, and while reminiscent signatures are undeniable, THE END MACHINE was purposely built to stand apart and on its own merit."

Asked if the songs for THE END: MACHINE's debut album were written for the recent reunion of DOKKEN's classic lineup, Pilson told "Rock Talk With Mitch Lafon": "I will say that the very early songwriting sessions, with George and I writing the music, we were thinking, 'Well, this could be DOKKEN. Who knows?' We just got together and started writing. But the thought in the back of our mind was, 'Well, maybe there is…' There was a lot of talk, and there was business talk about a possible DOKKEN record. So we wanted to just start writing. We wanted to write and that was kind of probably foremost on our mind. But we also realized very quickly, 'Well, this is kind of becoming its own animal.' And then when Robert got involved, it totally became its own animal. So, I would say it's kind of branched out of the writing that we did for the [recent DOKKEN CD, DVD and Blu-ray, 'Return To The East Live (2016)'], but not very much — only a slight degree."

Pilson also talked about the musical and songwriting chemistry between him, Lynch, Brown and Dokken, saying: "What's so funny about the bonus track ['It's Just Another Day'] on the DOKKEN record ['Return To The East Live (2016)'] is that was one of the least painful recordings DOKKEN has ever made. [Laughs] It was so comfortable and natural — Don's vocals happened very quickly. It's ironic, really, because the band supposedly has so much strife within it or whatever. But on a musical level, chemistry-wise, we kind of can't help but do what we do. Don has a very distinctive voice, and very distinctive melodic sense, George has such a distinctive way of playing, and I think when Mick and Don and I sing, it's very unique. I mean, that is the chemistry — but that was the beauty of DOKKEN, and we appreciate that; we all do. And the thing is, [fans] have to realize is we're still kids at heart, so when George and I get together and start writing, we wanna keep writing. So if the DOKKEN thing doesn't happen for whatever reason, we wanna keep writing. And that's kind of where [THE END: MACHINE] sort of came into being, and that's a good thing — that's music happening organically. And I love that. And that's how I feel about this whole record — it just organically became what it is. It goes from very simple, straight-ahead groove-oriented rock to some kind of musical little adventures that are very, very cool. And, like I said, I'm just really, really proud of it."

According to Jeff, who has been a member of FOREIGNER since 2004, the plan is to develop THE END MACHINE into a full-fledged band, with more albums and touring activity to follow. "I look at it in a very long-term way, 'cause I love playing with these guys — I just do," he said. "And yes, for the time being, the amount of live shows we could do will be limited — there's no question. I mean, FOREIGNER has no signs of slowing down yet. But I love playing with these guys and I love making music with these guys. So, yeah, I'm looking at it in the long term; I'm not just thinking of us as a side project for one record. We're looking at it as a band — a band that has contraints because of everyone's schedules, but that doesn't mean we don't have plans and hope in the future to nurture this into something more. There's only one challenge, but it is by far the biggest, and it's very overwhelming, and that's scheduling. The amount I tour with FOREIGNER, which, as I said, will not slow down, at least for the next couple of years. That's a very daunting challenge — it's very hard to work things out." 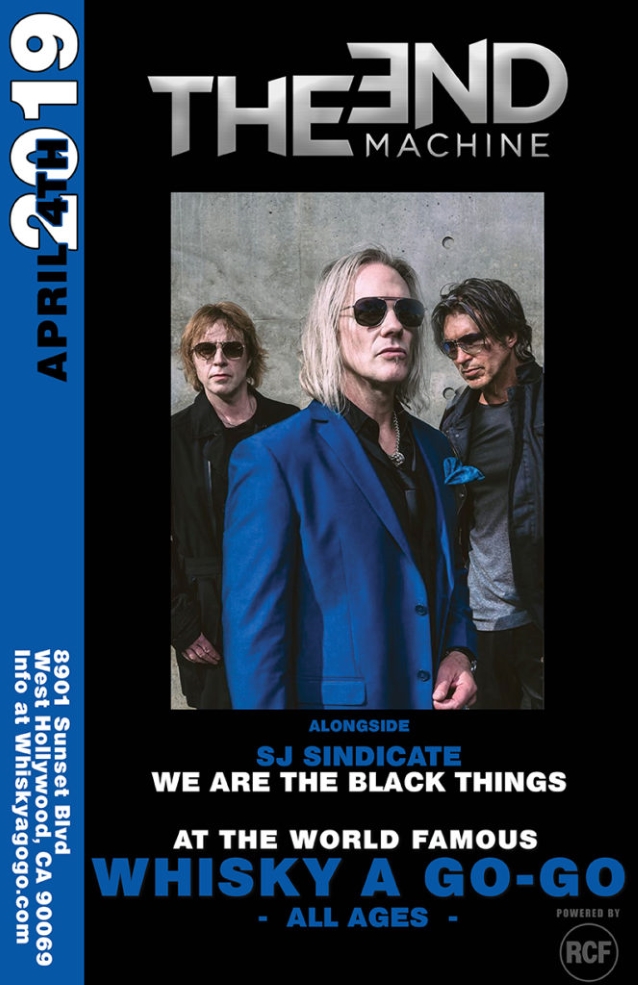