THE DEAD DAISIES have released a new single, "Bustle And Flow". Check out a trailer for the song's animated video below.

Hughes states about "Bustle And Flow": "Filled with energy and vigor, 'Bustle And Flow' emerged as one of the last tracks to make the cut. It builds and builds and has great movement. It's about walking through the fear."

In a time surrounded with so much uncertainty, this track imparts a spirit and zest that should get you on your front foot, challenge your fears and back onto life's battlefield.

Guitarist David Lowy has this to say about the song: "I love the timing of the riff. It's unusual and unexpected, kinda like a surprise. The chorus is a classic mix of Aussie rock (me), U.K. rock (Glenn) and U.S. rock (Doug/Deen). It's unmistakably borne out of the DNA of THE DEAD DAISIES, pure badass rock."

A bespoke spellbinding animation, built in Unreal Engine for "Bustle And Flow" has been created by Creative Works London (live concert graphic artists for GUNS N' ROSES and AEROSMITH, amongst others). It takes you on a journey through an animated ominous carnival, set against the backdrop of church ruins with a raven that’s sure to send a tingle up your spine.

The Animated Music Experience (A.M.E) will premiere on Thursday, October 1 at noon EST. 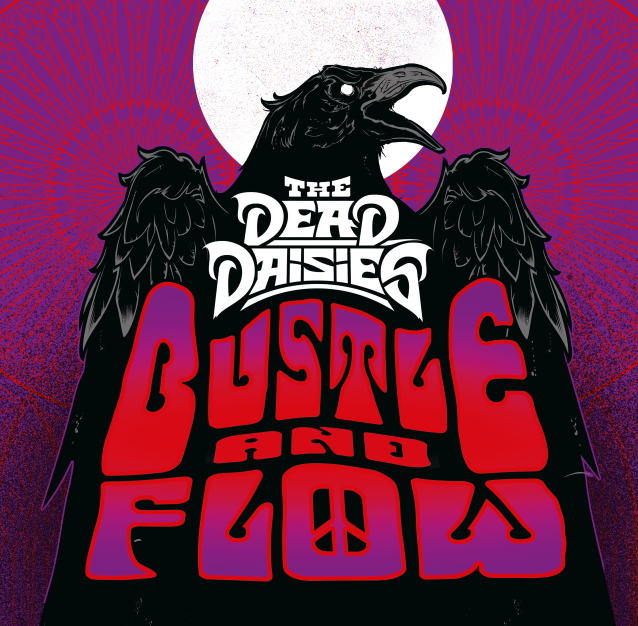