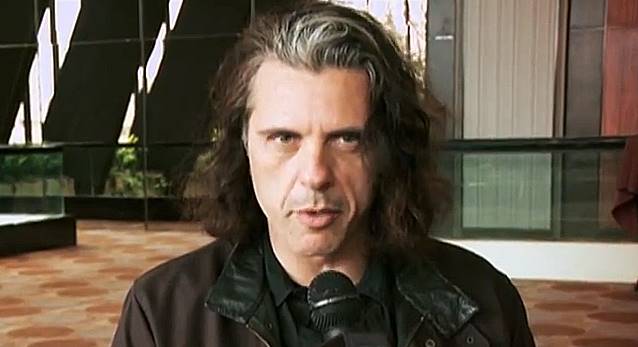 Guitarist Alex Skolnick of San Francisco Bay Area metallers TESTAMENT was interviewed on the latest installment of the "Focus On Metal" podcast. You can now listen to the chat using the audio player below.

Skolnick's book, "Geek To Guitar Hero", is available on paperback via Amazon.

Alex Skolnick is a true guitar hero. At sixteen years old, he joined a group of twenty-somethings who'd formed a thrash metal band called TESTAMENT. Alex stayed with the band through five critically acclaimed albums and countless tours with, among others, SLAYER, MEGADETH, JUDAS PRIEST and WHITE ZOMBIE. After hearing and seeing one of Miles Davis' electric bands on TV, Alex relocated to New York City to play and study jazz.

ALEX SKOLNICK TRIO (AST) was formed while Alex was earning his BFA in jazz from New School University in Manhattan. AST has been lauded by critics, fans and musical heroes alike ranging from Downbeat to Jazziz to the Village Voice to Kirk Hammett of METALLICA.