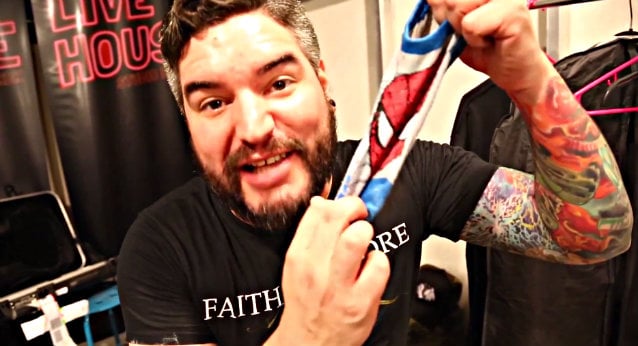 California deathcore masters SUICIDE SILENCE have uploaded behind-the-scenes and performance footage from the band's March 8 concert in Bangkok, Thailand. Check it out below.

"We never talked about continuing and we never talked about quitting, so it was like an unspoken thing, 'cause with some people, a tragic happening, the last thing you want to do is talk about it," SUICIDE SILENCE guitarist Chris Garza told Music Feeds.

Ultimately, Garza explained, carrying on as SUICIDE SILENCE felt like the right thing to do. "I think keeping the SUICIDE SILENCE brand going and the name going keeps Mitch alive and I think it would be completely disrespectful to Mitch and everything that he worked for if we stopped going or changed the name," he added.

"This record will be the grittiest, most meaningful piece of work we've ever stood behind,” commented guitarist Mark Heylmun. "We cannot wait for everyone to hear it.

"Steve Evetts is someone we've worked closely with for a long while, not only on 'The Black Crown', but also on some instrumental demos just prior to the tragedy last fall. Here we are a year later prepping to record the nastiest, heaviest, most disgusting work we've ever done. Expect the unexpected."

Regarding the direction of the new material, Heylmun told U.K.'s Metal Hammer magazine: "Eddie is quite a versatile vocalist and he's willing to experiment, so we're definitely exploring the horizons, but don't expect anything less than pure brutality throughout."

Randy Blythe (LAMB OF GOD), Robb Flynn (MACHINE HEAD) and Max Cavalera (SOULFLY, CAVALERA CONSPIRACY, SEPULTURA) were among the "surprise" guests who performed with with the surviving members of SUICIDE SILENCE at a special show on December 21, 2012 at the Fox theater in Pomona, California as a tribute Mitch Lucker. All proceeds from the event went towards the education of Mitch's six-year-old daughter, Kenadee Lucker.

The Pomona concert was professionally filmed for a DVD, "Suicide Silence - Ending Is The Beginning: The Mitch Lucker Memorial Show", that was released on February 18 in North America and will be made available March 17 in Europe as a CD/DVD digipack and CD/Blu-ray combo pack. 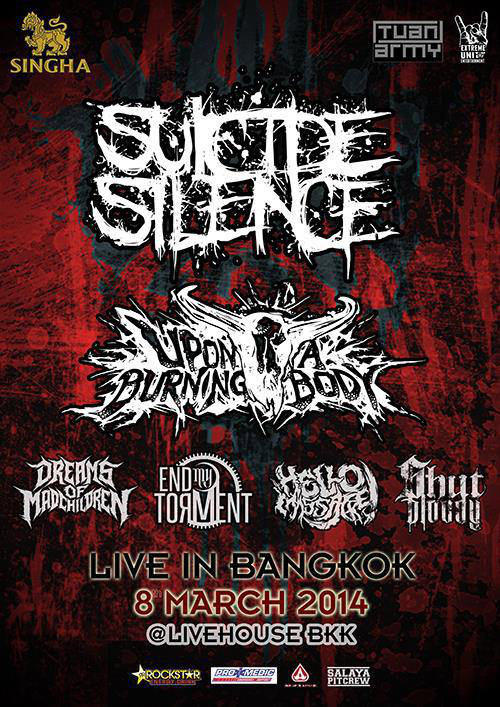