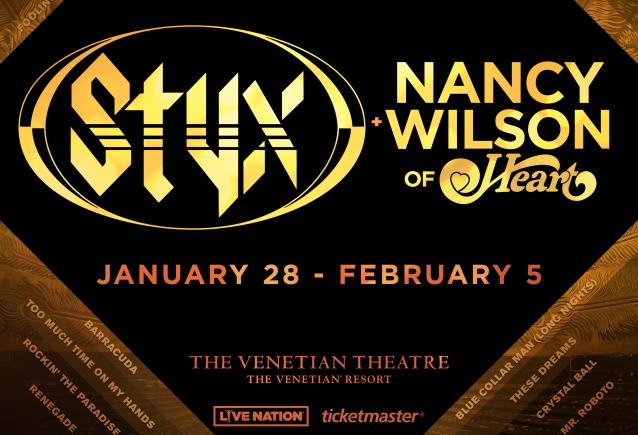 Legendary rockers STYX are kicking off their 50th-anniversary year by taking the Las Vegas stage once again for an unforgettable five-night engagement at The Venetian Theatre inside The Venetian Resort Las Vegas along with very special guest, multi-platinum Rock And Roll Hall Of Fame rocker Nancy Wilson (HEART). The shows will be held on January 28 and January 29 and February 2, February 4 and February 5, 2022. Tickets will go on sale Friday, October 15, 2021 at 10:00 a.m. PT / 1:00 p.m. ET.

A limited number of VIP packages will also be available. STYX fan club members will have access to a pre-sale beginning Wednesday, October 13 at 10:00 a.m. PT / 1:00 p.m. ET. Grazie Rewards loyalty members and Live Nation customers will receive access to a pre-sale beginning Thursday, October 14 at 10:00 a.m. PT / 1:00 p.m. ET. Tickets start at $45, plus applicable fees, and will be available for purchase at Ticketmaster.com, VenetianLasVegas.com, any box office at The Venetian Resort or by calling 702 414 9000 or 866 641 7469.

For these special performances, STYX — Tommy Shaw (vocals, guitars), James "JY" Young (vocals, guitars), Lawrence Gowan (vocals, keyboards), Todd Sucherman (drums) and Ricky Phillips (bass), along with the occasional surprise appearance by original bassist Chuck Panozzo — has created an exclusive set list and new stage production. Nancy Wilson is also working on some exciting plans of her own during the residency. The multi-show run will pay tribute to both STYX's and Wilson's combined 50 years as one of the most successful rock and roll bands in history and one of rock's most illustrious guitar legends.

STYX singer/guitarist Tommy Shaw says: "We are thrilled to announce that Nancy Wilson, the super talented singer, songwriter and multi-instrumentalist performer we've enjoyed as a member of HEART, will be joining STYX on stage when we return to the Venetian in Las Vegas for five nights: January 28, 29 and February 2,4 and 5. Talk about 'these dreams' coming true!!! Come join us!"

STYX co-founding guitarist James "JY" Young states: "Looking forward to collaborating with another artist in Las Vegas. We had great fun with Don Felder and are looking forward to rocking with Nancy Wilson."

Nancy Wilson said: "I'm so pleased to be part of the STYX plus Nancy Wilson collaboration. I think it's going to be fun and really different from other shows."

STYX released its 17th album, "Crash Of The Crown", on the band's label, Alpha Dog 2T/UMe. It debuted on Billboard's Rock Albums chart at No. 1 its first week out.

Wilson is celebrated as a seminal musician in rock 'n' roll history. A guitar virtuoso from the age of nine, Nancy (and her sister Ann) lead the multi-platinum rock group HEART, which has sold upwards of 35 million albums. Wilson is revered as an ingenious guitar player, and as a gifted lead vocalist. As a songwriter, she has co-written a collection of indelible songs that have earned their way into the classic rock canon ("Magic Man", "Crazy On You", "Barracuda", "Straight On"). Both Wilson sisters were inducted into the Rock And Roll Hall Of Fame in 2013, and were honored with the ASCAP Founders Award in 2009, ASCAP's most prestigious honor, awarded to songwriters who have made pioneering contributions to music. In 2020, Wilson turned her attention to recording the first solo album of her storied career, and signed with global label partner Carry On Music for the release of her solo album, "You And Me", which arrived in May. Wilson plays guitar on and sings on all the songs on the entire album, which includes nine new, original songs, including "4 Edward", a tribute to the late Eddie Van Halen. The first single from the album is her stunning rendition of Bruce Springsteen's "The Rising". 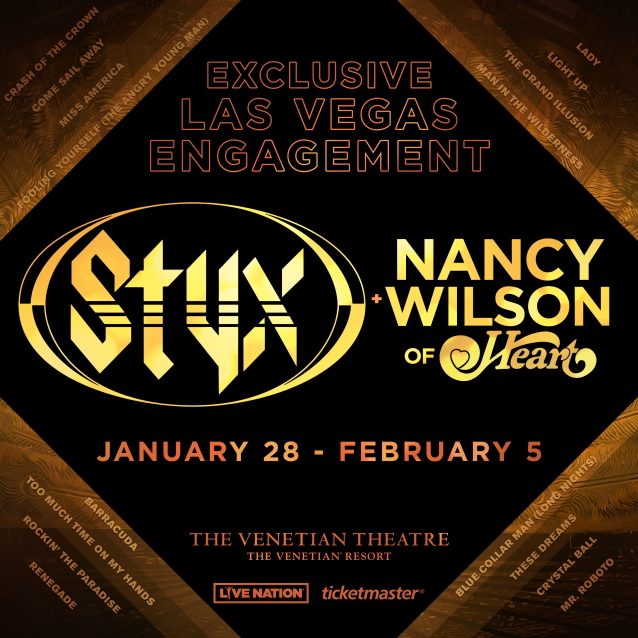