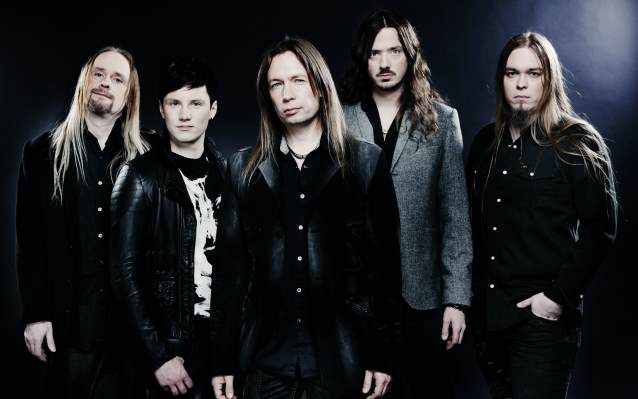 "Nemesis", the latest album from Finnish melodic metallers STRATOVARIUS, will be re-released on May 2 via earMUSIC as a special edition featuring a full bonus documentary DVD.

The 80-minute documentary "Nemesis Days" follows STRATOVARIUS around the world and gives an in-depth view of Finland's finest metal band, revealing the story of "Nemesis" and sharing their views about the evolution of the band. The fans who have remained loyal to the band for so many years are also an important part of this documentary DVD.

For STRATOVARIUS completists, the DVD features the first official release of the most recent music videos: "Halcyon Days", "Unbreakable" and the brand new "If The Story Is Over", which can be seen below.

"Nemesis" was released in February 2013 via earMUSIC. Hailed by the media as, "the best STRATOVARIUS album in many, many years" by Metal Hammer Germany, "a collection of the band’s greatest hits that you never heard until now" by Metal Underground in the U.S. and "the strongest STRATOVARIUS album since the beginning of the century" by KaaosZine in Finland, STRATOVARIUS was once again able to live up to its reputation as one of the leading names of the metal genre, once again exceeding fans' and critics' expectations and charting all over the world: Finland at #3, Czech Republic at #12, Switzerland at #30, Spain at #32, Germany at #41, Sweden at #44, France at #56, Norway at #56, Austria at #62 and Canada at #126.

"Nemesis" has a dark and more modern sound compared to the band's last album, "Elysium". It clearly shows how much the band has matured and grown as songwriters. At the same time, the band focused all their attention and work into creating and recording "Nemesis". Singer Timo Kotipelto spent three weeks recording the vocals in a cottage in the Finnish countryside. 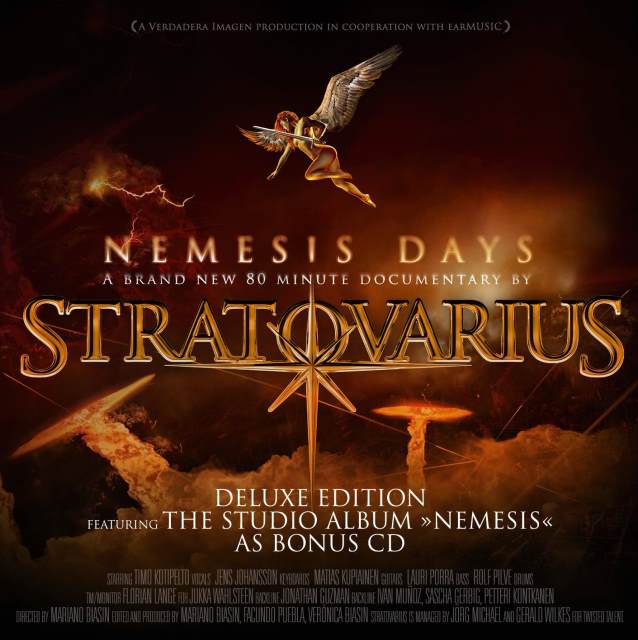