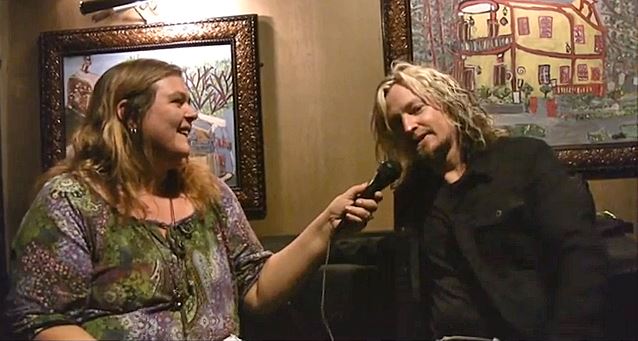 Kristyn Clarke of PopCultureMadness.com conducted an interview with STONE TEMPLE PILOTS drummer Eric Kretz on September 7 at the House of Blues in Atlantic City, New Jersey. You can now watch the chat below.

STONE TEMPLE PILOTS will release a new five-song EP called "High Rise" on October 8. The disc will be the second release featuring LINKIN PARK singer Chester Bennington following current single "Out Of Time", which emerged last spring and went to No. 1 on the rock chart.

STP fired Scott Weiland in February after reuniting with him in 2010 for a series of tours and one self-titled album. The band had previously been on hiatus since 2002, primarily due to the singer's struggles with drugs and alcohol.

The group sued Weiland in May, accusing him of using the band's name to advance his solo career, while claiming that his poor performances, late arrivals, and addiction struggles harmed the band's career.

Weiland has countersued, claiming that the band cannot use the STONE TEMPLE PILOTS name without him.