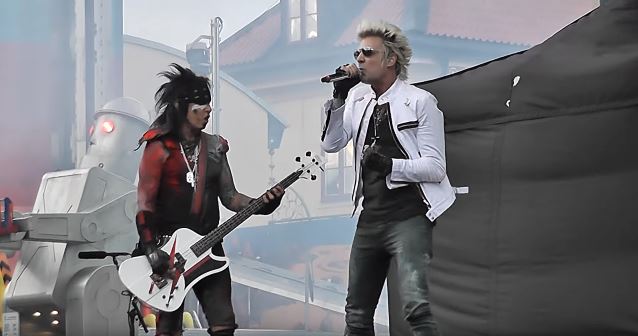 In June 2016, SIXX:A.M. — the band featuring MÖTLEY CRÜE bassist Nikki Sixx alongside guitarist DJ Ashba and vocalist James Michael — toured Sweden for the first time. The trek included a headlining performance at the Gröna Lund amusement park in Stockholm as well as an appearance at the Sweden Rock Festival. The four-minute clip below, dubbed "The Damned Of Scandinavia", contains footage shot on that tour (courtesy of RockSverige.se).

The second leg of the SIXX:A.M. world tour will kick off with an extensive Canadian run this September followed by a stop in Japan, and ending the year with a massive U.S. tour with FIVE FINGER DEATH PUNCH and SHINEDOWN, starting in October.

In a recent interview with Guitar World magazine, Sixx spoke about what keeps him motivated to write and record new music with SIXX:A.M.. He said: "I understand why people would say, 'Well, he was in a huge band, he made a lot of money, now he should just get fat and go to sleep.' But here's the thing: writing new music, being in a great band, pushing myself as an artist, having a musical brotherhood, all of that is exciting to me. The idea of not doing it anymore would be painful."

He continued: "Look, man. I'm not trying to be macabre or morose, but I'm on the dark side of 50, right? There's more years behind me than in front of me. I know that. So my question to you is, knowing that truth, should I just stop? Or… should I run faster?"

Sixx also stressed that the two "Prayers For The Damned" efforts are not concept albums. At least, not exactly. "The answer is yes and the answer is also no," Sixx said. "There's definitely some glue — for instance, DJ designed the artwork to both records, and the covers will actually fit together and make one piece of art. And the last song on 'Prayers', 'Rise Of The Melancholy Empire', how it ends is also sort of the way the first song on the next one begins. But, are there recurring themes like with [THE WHO's] 'Tommy' or 'Quadrophenia'? No. But that said, we recorded both albums at the same time, so, sonically, there's a definite consistency there." 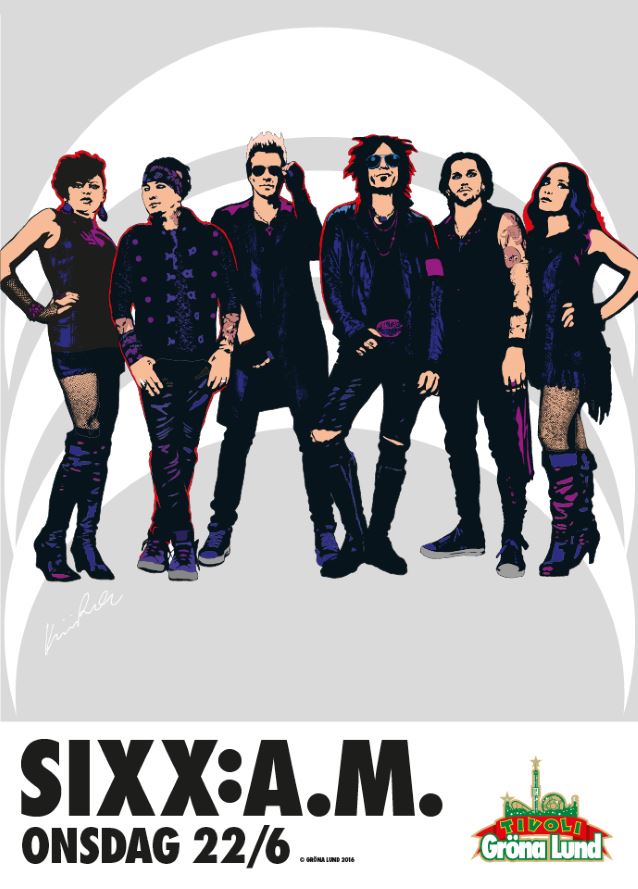