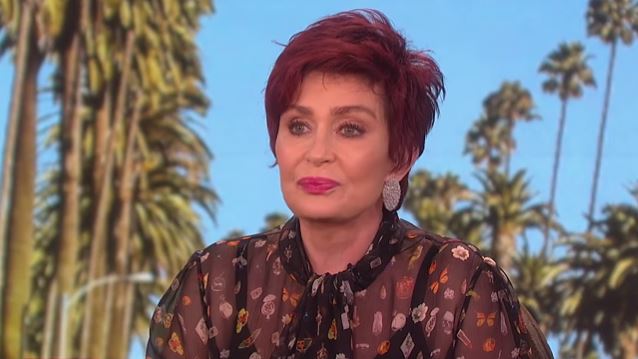 Sharon Osbourne has confirmed that she is trying to work out her marital issues with Ozzy Osbourne, less than three months after she allegedly discovered his affair with a celebrity hairstylist.

Ozzy told "Good Morning America" on Monday that he and Sharon were "back on track" after experiencing "bump in the road." "Some days are good. Some days are terrible," he said. "Some days you just drift apart for a while, but you get back on the horse."

On her own show, "The Talk", Sharon addressed Ozzy's comments, saying: "Um, 'Get back on the horse,' how dare you? He's such a romantic fool. So romantic, back on.

"It's been very hard... I shouldn't speak for him, but I know he wants to come on the show anyway and talk for himself to you all; he does. And I'm fine with that. He feels that he owes everybody here an apology, because he's put us all through it."

She continued: "He's very embarrassed and ashamed about his conduct. And through his shame and embarrassment, you know, he finds it hard to actually get it out. But with you guys, I think he'll be much better. It will be easier for him to speak. And I can't speak for him. But for me, um, yes, you know, I forgive. It's gonna take a long time to trust, but, you know, we've been together 36 years, 34 of marriage, and it's more than half of my life. And I just can't think of my life without him. Even though he is a dog. He's a dirty dog. So there we are. He's gonna pay for it, though, big time."

Sharon told The Sun that she is seeing a therapist regularly, and that she and Ozzy see a couple's therapist together.

Sharon said: "Ideally I would love for my husband to deal with his issues and work at the problems that he has now. And be honest and open, to be able to come back to us with honesty and respect for the family. That's what I really wish."

Ozzy resumed a year-long farewell tour with BLACK SABBATH last month, which will include SABBATH and SLIPKNOT headlining a combined festival, Ozzfest Meets Knotfest, this September in San Bernardino, California. He has also reportedly been working on a new solo effort.