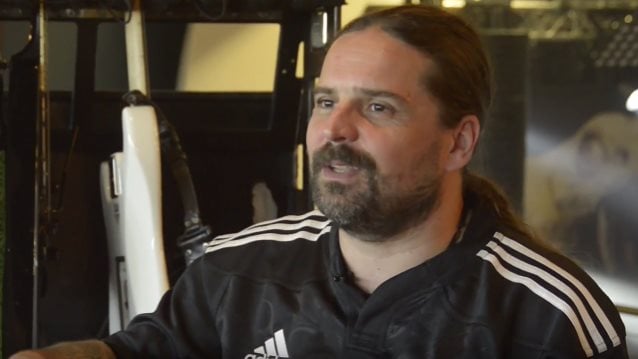 Jackson got a backstage pass at one of SEPULTURA's recent shows to catch up with guitarist Andreas Kisser for a look at some of his go-to Jackson guitars. Check out the clip below.