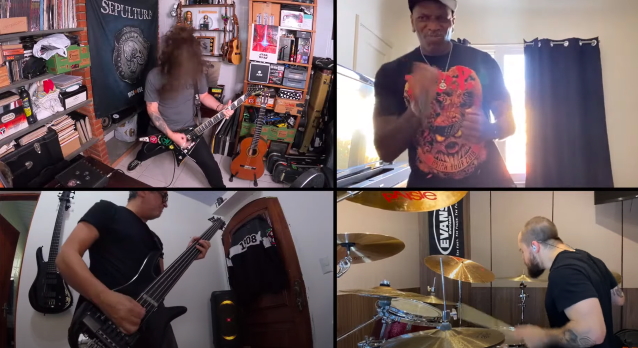 Earlier this year, SEPULTURA launched "SepulQuarta", a weekly event where the band gives insight into its colorful history, take part in question-and-answer sessions with fans and performs music while in quarantine. In the latest video, which can be seen below, SEPULTURA plays through the song "Arise", which was the title track of the band's fourth album, released in 1991.