"Bear Claw Tavern", the new video from Canadian metallers SCYTHIA, can be seen below. The old world-themed clip, directed by fantasy movie director Richard Olak and filmed at the Storm Crow Tavern in the band's hometown of Vancouver, B.C., is an uproarious three-minute scorcher featuring the band rocking out in a medieval tavern filled with hooligans and mysterious characters. The video also features a dwarven troublemaker that gets himself into hot water when he decides to irritate a "wizened" old man.

Formed in 2008, SCYTHIA's music is recognized throughout their home country for its rich, poetic storytelling and epic melodies. Because of this, and touring like a cavalry of nomads, they have taken the independent scene by storm as they gather more and more fans both domestically and internationally. 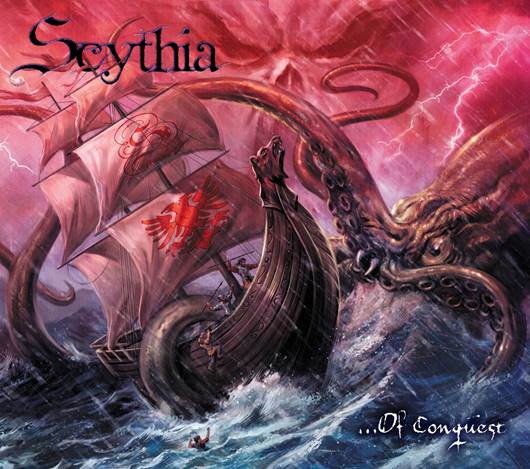