RUSH bassist/vocalist Geddy Lee will sign copies of his "Big Beautiful Book Of Bass" on January 30 at Book Soup in West Hollywood, California between 5:00 p.m. and 8:00 p.m.

* Customers must purchase an Eventbrite ticket for this event to be in the signing line. When you arrive at Book Soup see a Book Soup employee with your ticket to check in and receive your copy of "Geddy Lee's Big Book of Beautiful Bass".
* All tickets include one (1) copy of "Geddy Lee's Big Book Of Beautiful Bass" (retail price $65.00).
* Geddy will sign & personalize copies of "Geddy Lee's Big Book Of Beautiful Bass" only. Max two copies per person. He will not be signing memorabilia.
* No photos.
* There will be no online orders accepted for this event. Anyone who purchases a ticket to this event must be in attendance to get their copy signed. If a ticket holder is unable to attend, an unsigned copy will be held for pick up after the event.
* 8 p.m. is an approximate end time. The actual end time may vary.

"Geddy Lee's Big Beautiful Book Of Bass" was released December 18. The standard edition of the 408-page hardcover tome sells for $75 and showcases the bulk of Geddy's personal collection of bass guitars. 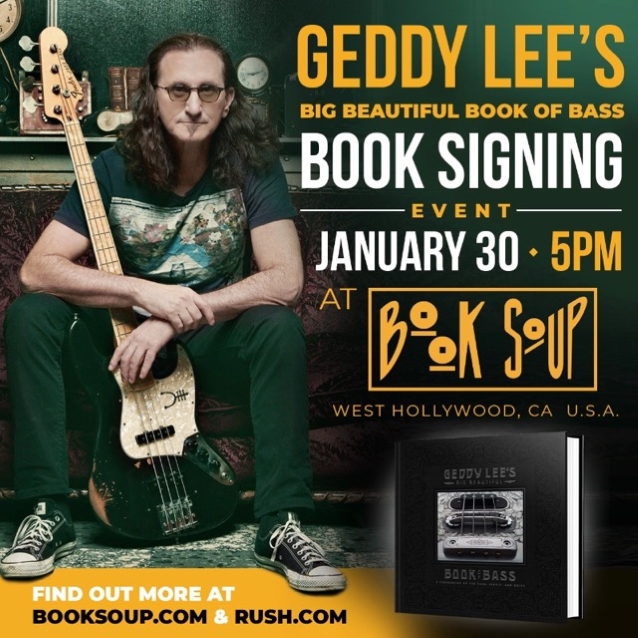