RUSH bassist/vocalist Geddy Lee will sign copies of "Geddy Lee's Big Beautiful Book Of Bass" on a European tour in June. Event tickets are available now for the U.K., Netherlands and Germany at Rush.com.

- One event ticket grants you admission and one copy of "Geddy Lee's Big Beautiful Book Of Bass" for Geddy to personalize.
- Limited spots available.
- All are signings, with exception of Manchester where there will be a Q&A in addition to a signing. Photographs are allowed from the signing line.
- Geddy will not sign memorabilia or guitars, only the book.

"Geddy Lee's Big Beautiful Book Of Bass" was released in December. The standard edition of the 408-page hardcover tome sells for $75 and showcases the bulk of Geddy's personal collection of bass guitars. 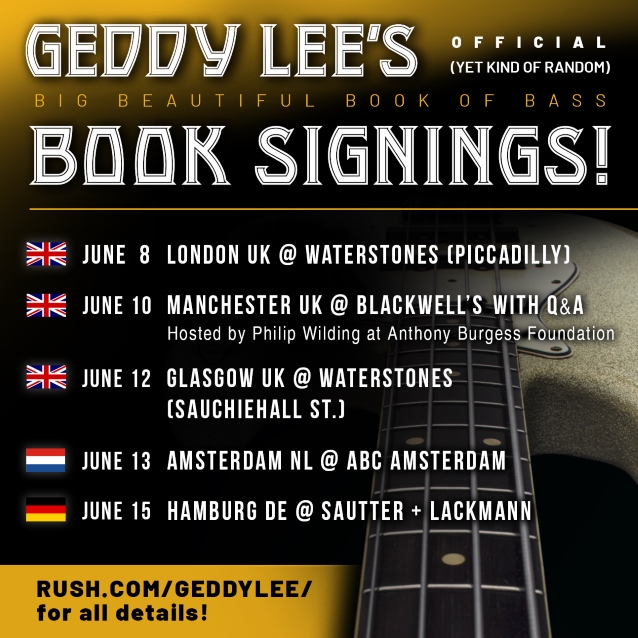